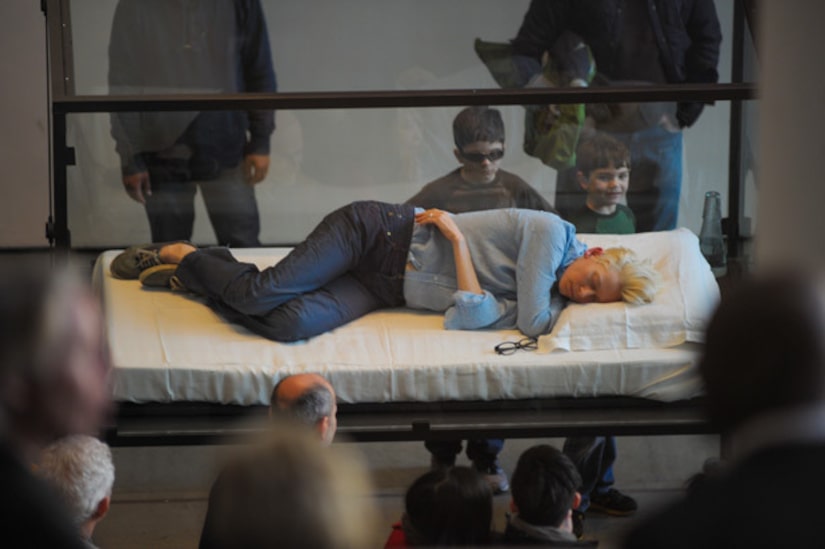 Oscar-winning actress Tilda Swinton caught up on some sleep today in a box at the Museum of Modern Art (MoMA) in NYC. The performance art installation, featuring the 52-year-old snoozing in a glass enclosure, is called “The Maybe.”

This isn't the first time Tilda has napped for museum patrons. She launched the exhibit back in 1995 in London and offered a second showing in Rome a year later.

According to the museum, Swinton will be back throughout the year, but released few other details. A brief statement explained, "An integral part of 'The Maybe's' incarnation at MoMA in 2013 is that there is no published schedule for its appearance, no artist's statement released, no museum statement beyond this brief context, no public profile or image issued. Those who find it chance upon it for themselves, live and in real -- shared -- time: now we see it, now we don't."

A source told Gothamist, “Museum staff doesn't know she's coming until the day of, but she's here today. She'll be there the whole day. All that's in the box is cushions and a water jug."