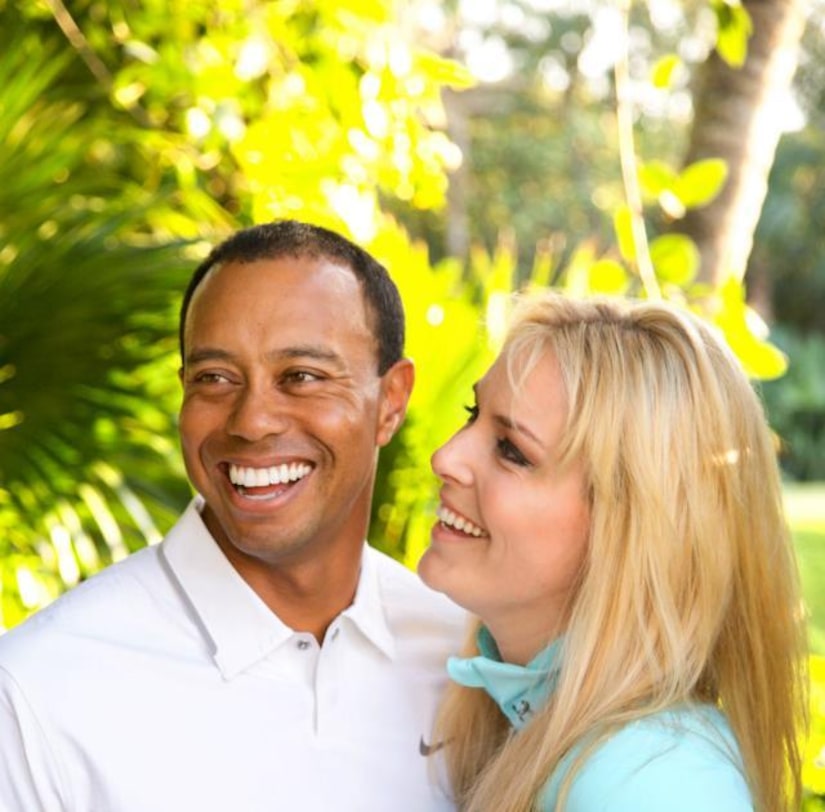 Golfer Tiger Woods and skier Lindsey Vonn went public with their relationship on Facebook on Monday, and even released a series of lovey-dovey photos, but is it really just a case of image rehab? The press seems to think so.

In Touch Weekly's Senior Editor Dorothy Cascerceri is suspicious. She told FOX News, "It kind of makes you wonder, is this kind of a publicity stunt? Certainly Lindsey Vonn is a very well known Olympic skier, but she's not that well known.”

She added, “Tiger Woods can definitely stand to benefit from this. If someone like Lindsey Vonn, who's kind of a good girl, sweetie pie, is into him, and she's giving him a second chance, then maybe people in the public will be willing to give him a second chance as well.”

Peter Davis, the Editor-in-Chief of Scene Magazine, believes this is a step in the right direction for Tiger, at least from a public relations standpoint. “I think Lindsey Vonn is definitely going to make Tiger Woods look a lot cooler and a lot smarter and more stable, and I think Elin is probably happy he's out of the picture."

A source told the New York Post that the Facebook announcement was definitely a “carefully crafted PR move.”

The insider said, “Actually, it is a match made in marketing heaven. It immediately makes him more sympathetic, and makes Vonn a household name as she reaches a crucial point in her skiing career, the 2014 Winter Olympics. They know the sponsors are watching.”

If Tiger and Lindsey are the real deal, Vonn may have to undergo a background check! According to GossipExtra.com, Woods and Elin agreed that any boyfriends or girlfriends sleeping over while the kids are around, must be vetted by a security team.

A source told the site that so far it hasn't been an issue for Vonn, nor Elin's supposed BF Chris Cline, because each couple typically spends their time together without the kids.