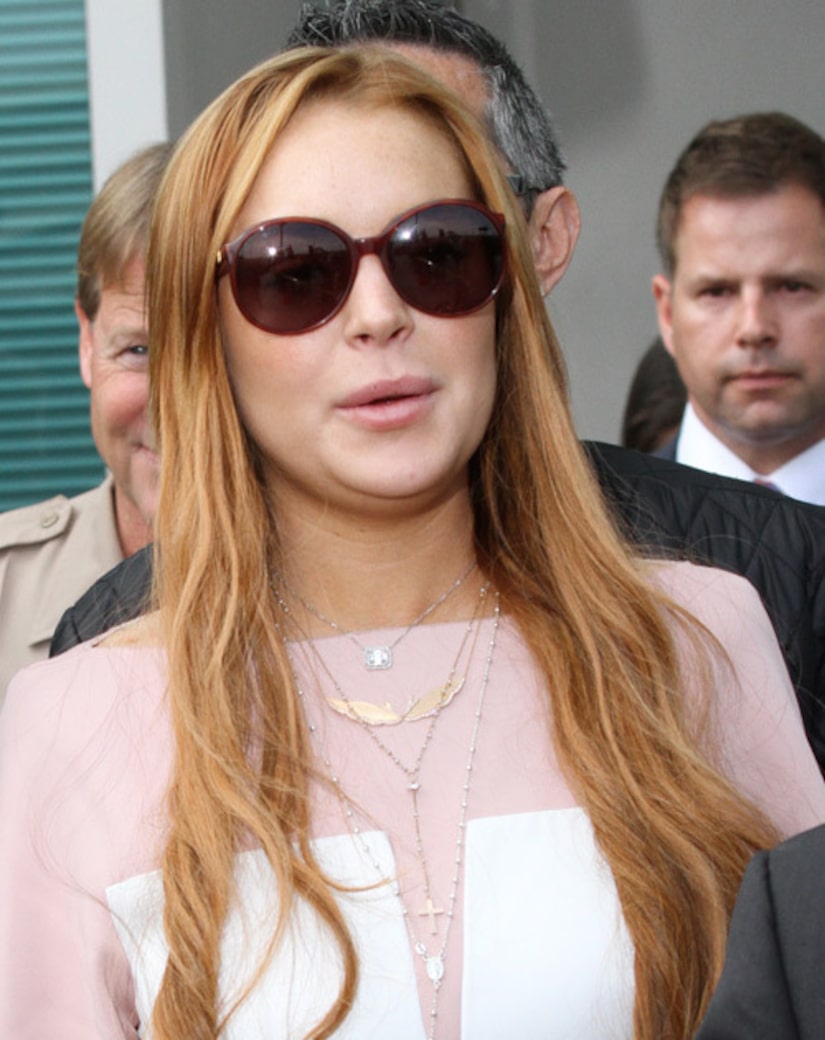 She's headed to lockdown rehab on May 2, but before Lindsay Lohan goes in for 90 days, the troubled starlet plans to spend a little time with Charlie Sheen on the set of his FX show, “Anger Management.”

LiLo's lawyer, Mark Heller, told the New York Post, “He's a therapist and she'll play a patient who falls in love” with his character.

Sheen has had Lindsay's back since they met on the set of “Scary Movie 5.” After filming wrapped, he gave her $100,000 to put toward her tax debt, and sang her praises to Jay Leno, calling her “smart and super-talented.”

Lindsay, who was spotted at the private 41 Ocean club in Santa Monica on Wednesday, will spend at least two days with Sheen filming the guest spot before jetting off to Brazil. An insider told the Post, “Lindsay's pre-rehab plan? A week with Charlie Sheen in L.A., then she wants to go to Brazil. I kid you not.”

No word yet on her plans once she gets to South America.