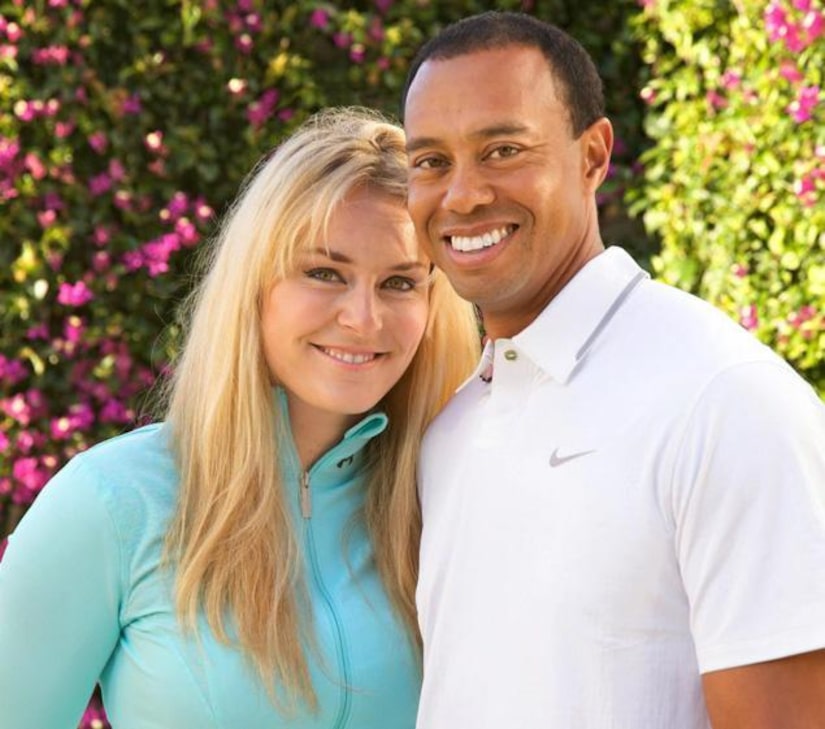 Sure, it was way before things turned romantic, but Lindsey Vonn once mocked new boyfriend Tiger Woods over his 2009 sex scandal.

In a Time magazine article posted in 2010 Vonn made jokes about the fact Woods admitted he cheated on his wife, Elin Nordegren, with a slew of women.

The article read, "And like millions of Americans, Vonn can't help poking fun at Woods' staged event. When a member of her Vonn-tourage tells her that Woods gave a few friends hugs after ending his statement, she cracks, ‘They're like, 'Yeah, you're awesome, you go have that sex!’”

Vonn spoke with “Extra” in 2010 at the Vancouver Olympics about the remarks, and she explained at the time, “It was wrong thing to do, but I was with my friends and someone overheard me. I have to be careful what I say.”

The Olympic skier and pro golfer recently posted on their Facebook pages that they are indeed an item. Woods wrote, "Lindsey and I have been friends for some time, but over the last few months we have become very close and are now dating.”

Vonn added, “Our relationship evolved from a friendship into something more over these past few months and it has made me very happy.”

Nordegren has reportedly moved on with coal billionaire Chris Cline, who parked his 164-foot yacht directly in front of Woods' 155-foot yacht on Florida's Jupiter Island on Monday. See the pics and comparisons at Daily Mail!