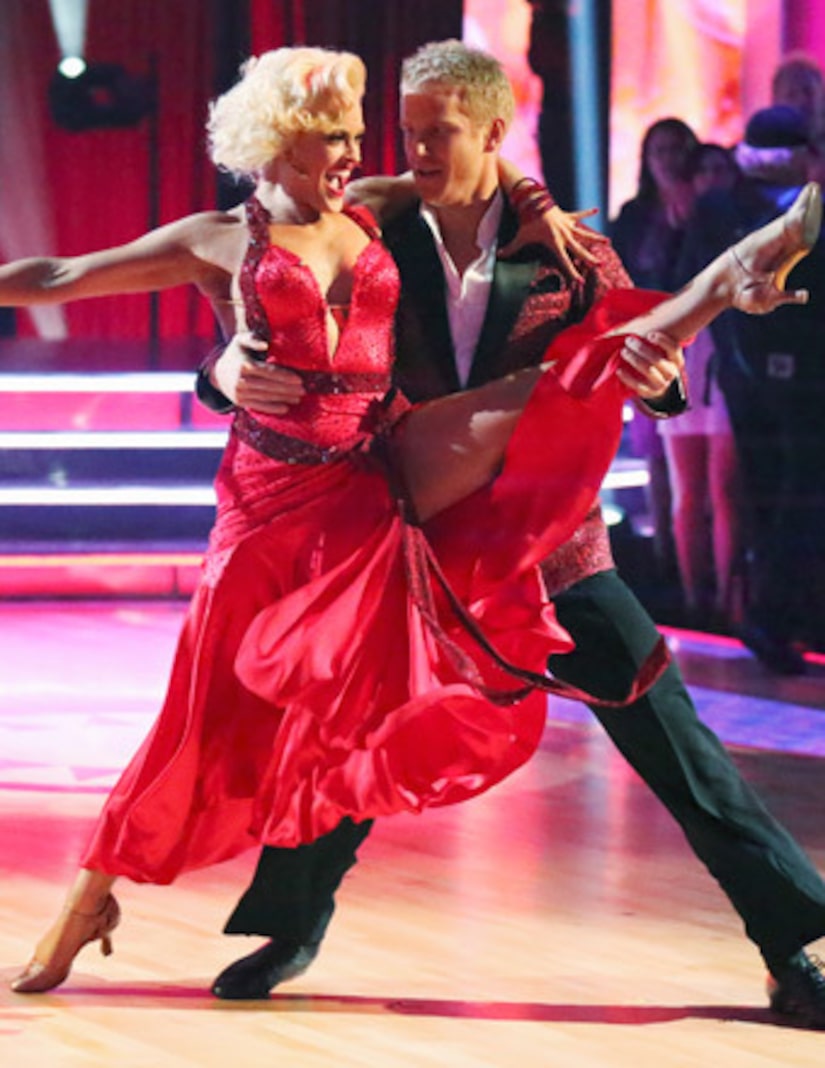 It was the good, the bad and the ugly on the dance floor Monday night as “Dancing with the Stars" kicked off Season 16.

While “Bachelor” fans -- and new fiancée Catherine Giudici -- couldn't wait to see Sean Lowe this season, the judges weren't wowed. Making fun of his “Chippendales” dance moves, Tonioli told him, “For a dance virgin, you have a very effective pelvic thrust.”

Fan favorite Derek Hough made a gallant return alongside partner Kellie Pickler with the Cha Cha Cha. Tonioli gushed, “I can't wait to see you again” and Inaba loved their “sass and class.”

Disney star Zendaya, the season's youngest contestant at just 16, shocked and delighted the “DWTS” judges with a striking contemporary dance with partner Val Chmerkovskiy. The duo earned the highest score with 24 points.

"Amazing!" said judge Carrie Ann Inaba. "You are a fantastic dancer with a maturity that is unexpected out of a 16-year-old."

D.L. Hughley, on the other hand, bombed his first night. The comedian and TV personality received the lowest score with just 12 points for his Cha Cha Cha with Cheryl Burke.

“That was ya-ya-ya-ya-yikes!" Inaba quipped.

Len Goodman told him, “You gotta work your butt off, I'm telling you. Otherwise, it's the boulevard of broken dreams, because this was no good."