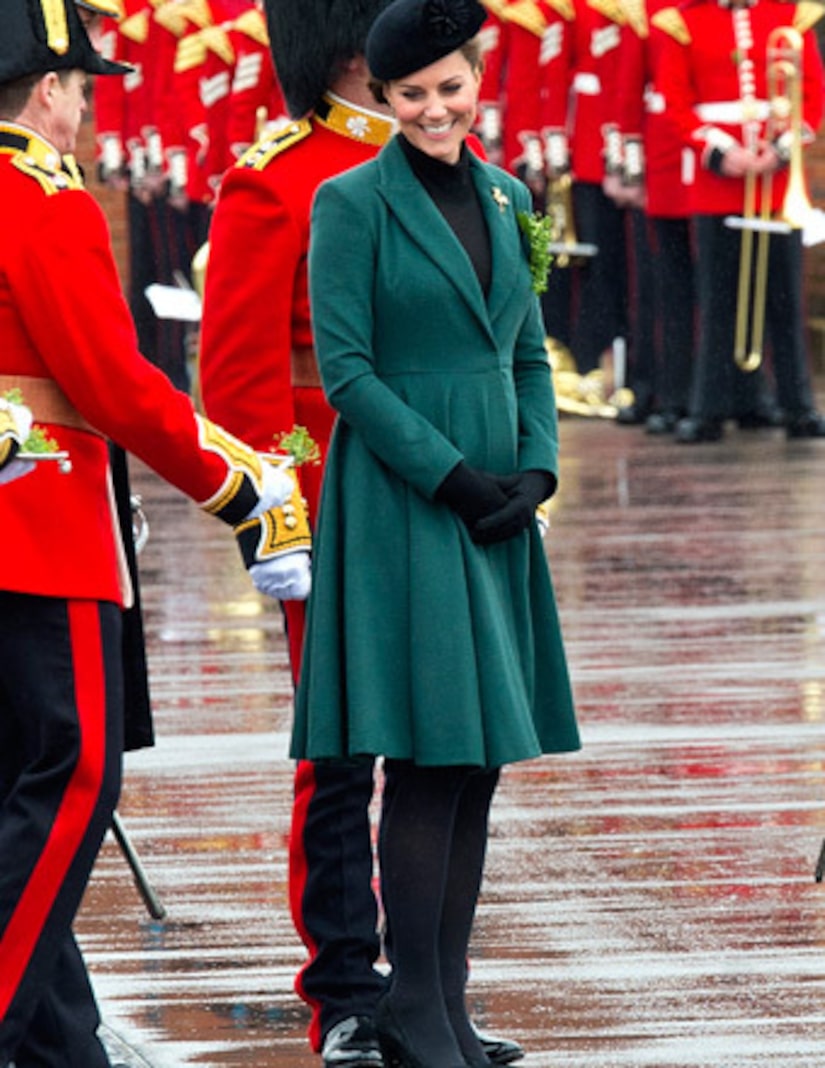 Pregnant Kate Middleton showed off her baby bump in style on Sunday, while revealing she's hoping for a boy, and Prince William is hoping for a girl.

The Duchess of Cambridge celebrated St. Patrick's Day in royal tradition by handing out springs of shamrock to soldiers in the Irish Guard. Kate glowed in a green dress coat, shamrock pin, black hat and updo. She suffered a minor mishap when one of her black heels got stuck in a drain and had to lean on Prince William as she yanked it out.

Guardsman Lee Wheeler told the Associated Press that he spoke with Middleton at the event, explaining, "I asked her 'do you know if it's a girl or boy?' and she said 'not yet.'”

Middleton, who is 5 months pregnant, also admitted that they still haven't settled on a name.