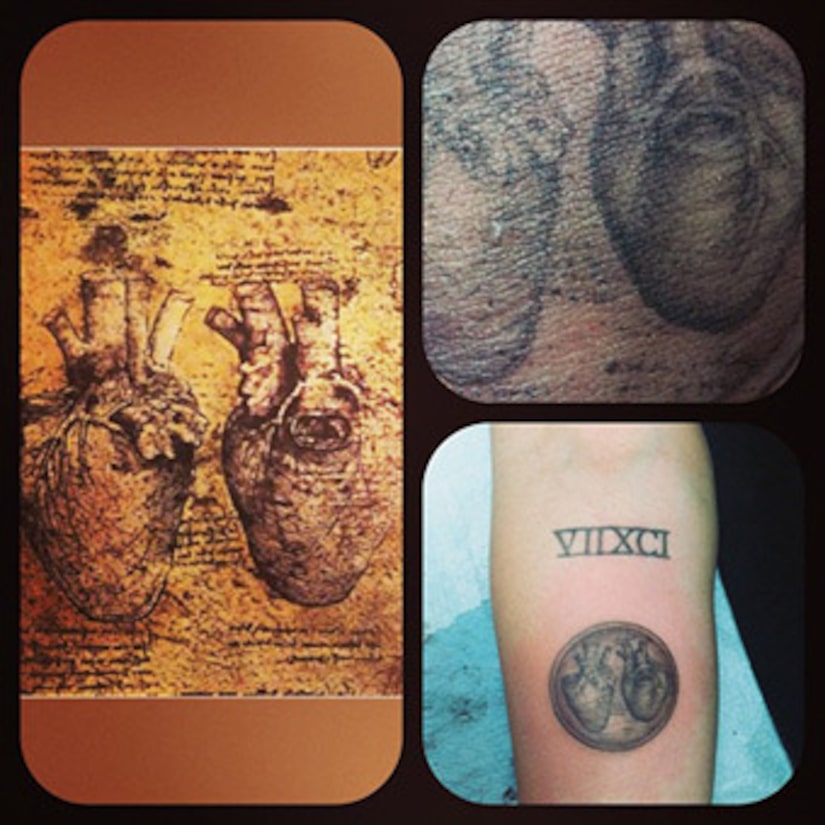 Miley Cyrus has a new tattoo, inked by Kat Von D! The famous body artist shared a photo of the tat on Friday and tweeted, “Just did the RADDEST tattoo on @MileyCyrus. A miniature rendition of a da Vinci anatomical heart!”

The image includes a black and white of da Vinci's original, along with a close up of the rendition on Cyrus' forearm. The heart tattoo is one of Miley's many, such as a peace sign, roman numerals (also pictured), the word “love” and a dream catcher. The singer and fiancé Liam Hemsworth also have matching tattoos from a speech by Franklin Delano Roosevelt.

Miley's visit to the tattoo parlor coincides with rumors that she and Hemsworth have broken up. He remains in Australia visiting with family, while she has been quashing gossip back home.

Although the 20-year-old vowed not to discuss her personal life on Twitter, she did respond to a friend recently who was having an engagement ring fixed. "Ugh that's the worst!" Cyrus replied. "I just had a similar situation except when it happens to me then everyone says my wedding is off."