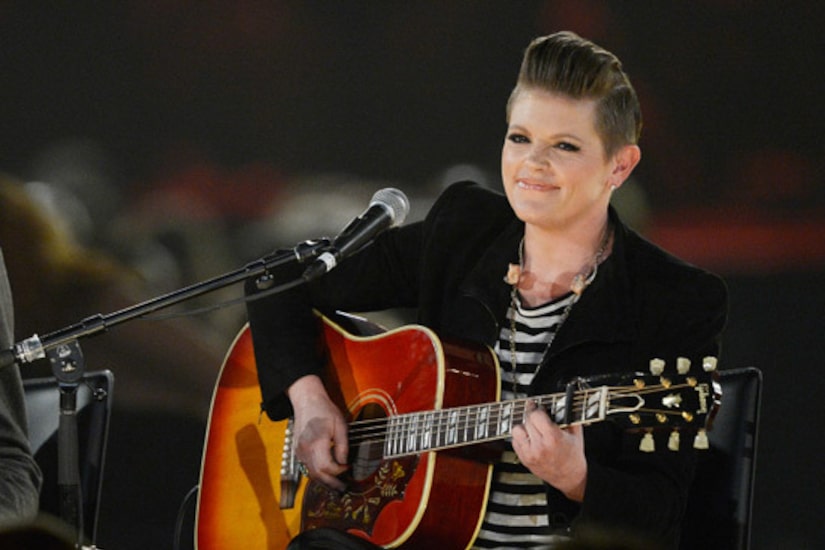 Natalie Maines, best known for slamming President George W. Bush during a Dixie Chicks show in 2006, is going solo! The singer took the stage at Austin's SXSW Festival, debuting music from her new album, “Mother,” and a fresh look.

Showing off her short, slicked back, punk haircut, Maines gave fans a taste of her new material at Austin City Limits Live Hall. Friends like Ben Harper (a co-producer on her album), Chick Emily Robison and Jayhawks' Gary Louris joined her onstage too.

“Mother” is a departure from Natalie's bluegrass and country roots. The collection of rock covers includes Pink Floyd, Eddie Vedder's “Without You” and Jeff Buckley's “Lover, You Should've Come Over."

The 38-year-old is still getting used to being back onstage, telling the Associated Press, "I think right now I have so much to remember. This is the most guitar I've ever had to play."