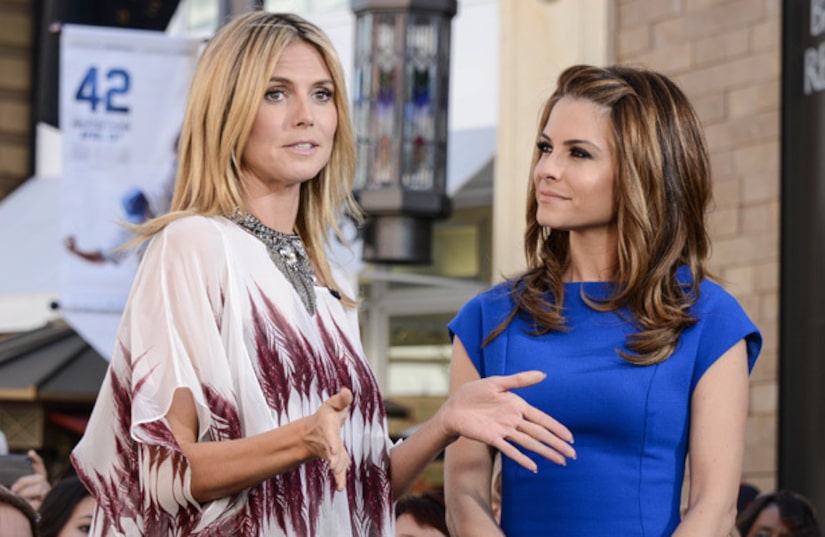 Model Heidi Klum still can’t believe what Joan Rivers said about her Oscar fashion and the holocaust. The “Project Runway” host told “Extra’s” Maria Menounos, “I do feel for the people who have lost family members, so I don't know if it's good to joke about things like that. It's not my personal humor."

Aside from addressing the controversial joke, the super model shared the latest on her "America's Got Talent" gig and New Balance fitness clothing line.

Chatting about her new job, Heidi admitted it was easier being an “AGT” couch critic than a judge on the show. “When I'm at home it was a little easier. I was like, ‘I don't know what this person's doing there, who told that person they were talented?’”

The 39-year-old also called fellow judge Howard Stern “a lot of fun,” revealing, “He's been down on one knee with me because he wanted me to change my mind on someone. But then sometimes he says something where I'm like, ‘I can't believe he just said that.’”

Outside of work, Klum is a busy mom on the go who found the perfect way to “make fashion and work out clothes mesh.”

Although she still gets on the “treadmill like a little hamster every once in a while,” she stays busy enough chasing after her kids. “That is a lot of work and exercise right there, running after them!”