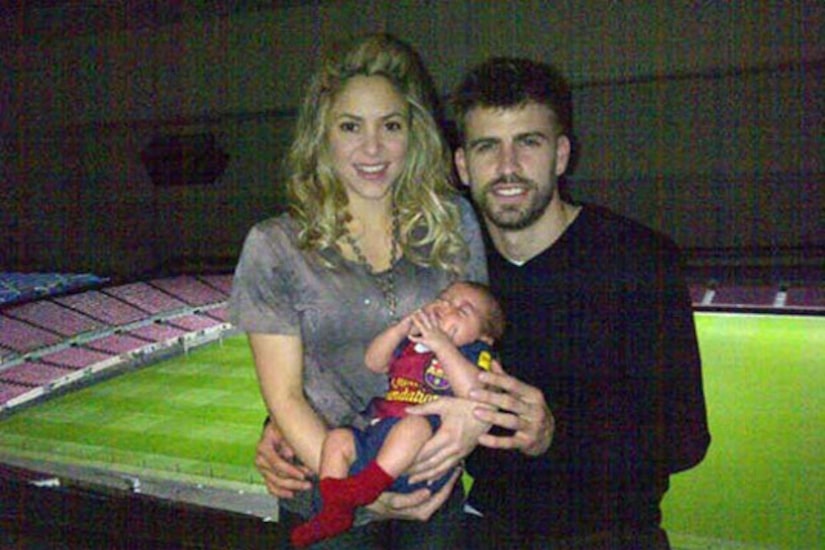 Shakira, boyfriend Gerard Pique and baby Milan make for one adorable family photo. Gerard shared a pic of the trio on WhoSay after the soccer player and his team, Futbol Club Barcelona, beat A.C. Milan 4-0.

The caption read, "After the game, Camp Nou empty, enjoying the classification with my family.”

The 7-week-old is already proving to be dad's lucky charm. The first game the little guy attended on Feb. 10 was also a win for Barcelona. The team beat contenders from Getafe, Spain 6-1.

When the baby was born, "The Voice" mentor told fans via her website, "Just like his father, baby Milan became a member of FC Barcelona at birth."