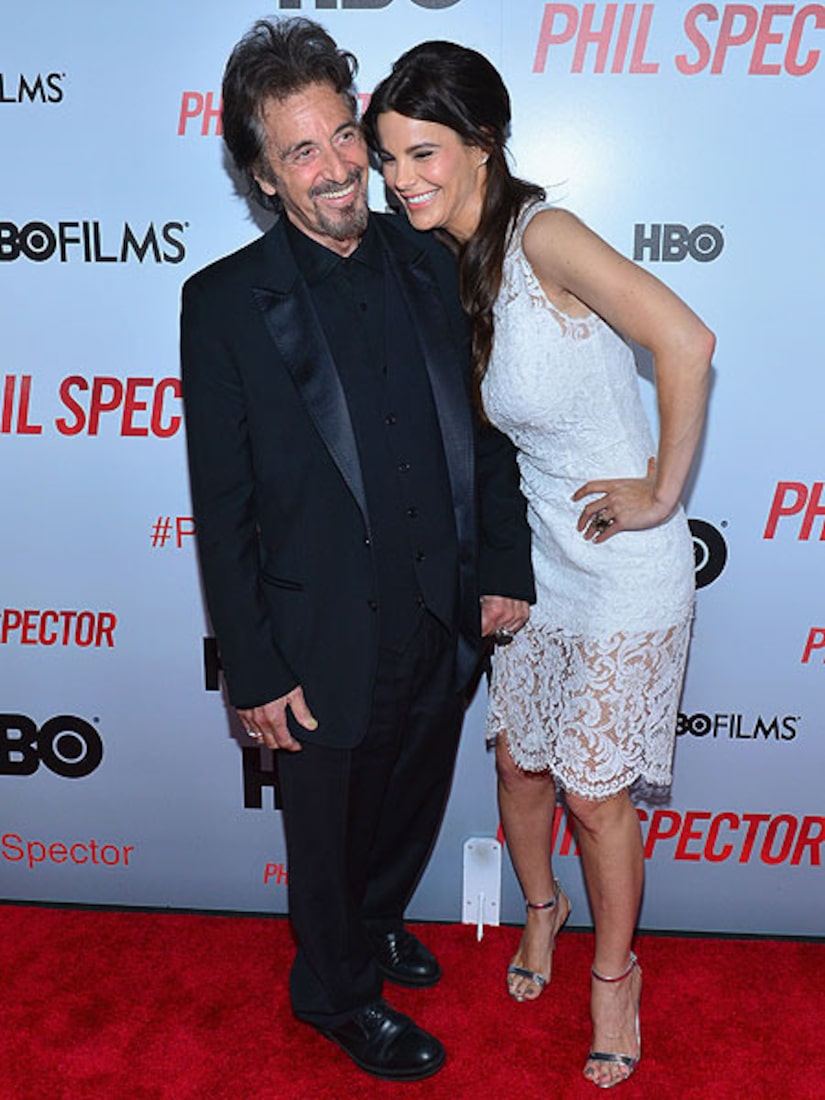 “Extra’s” AJ Calloway caught up with Al Pacino and longtime girlfriend Lucila Solá at the world premiere of Pacino’s new HBO movie, “Phil Spector,” where the two commented on the newly elected Pope Francis I.

Pacino told Calloway he was the first to tell Solá the new pontiff is from her homeland, Argentina. “I delivered the news, yes. Somebody told me they got a new pope and he's Argentinean.” Lucila added, “And he's like, ‘I’ve got to run upstairs and tell my girlfriend.’”

Lucila said, “I think it’s amazing for the world that we have an Argentinean pope. I think a lot of progress has been made and I think regardless of your faith and your religion, it’s a good thing for the church… I am super proud to be Argentinean right now.”

Watch more of Hollywood’s reactions to the new Pope!