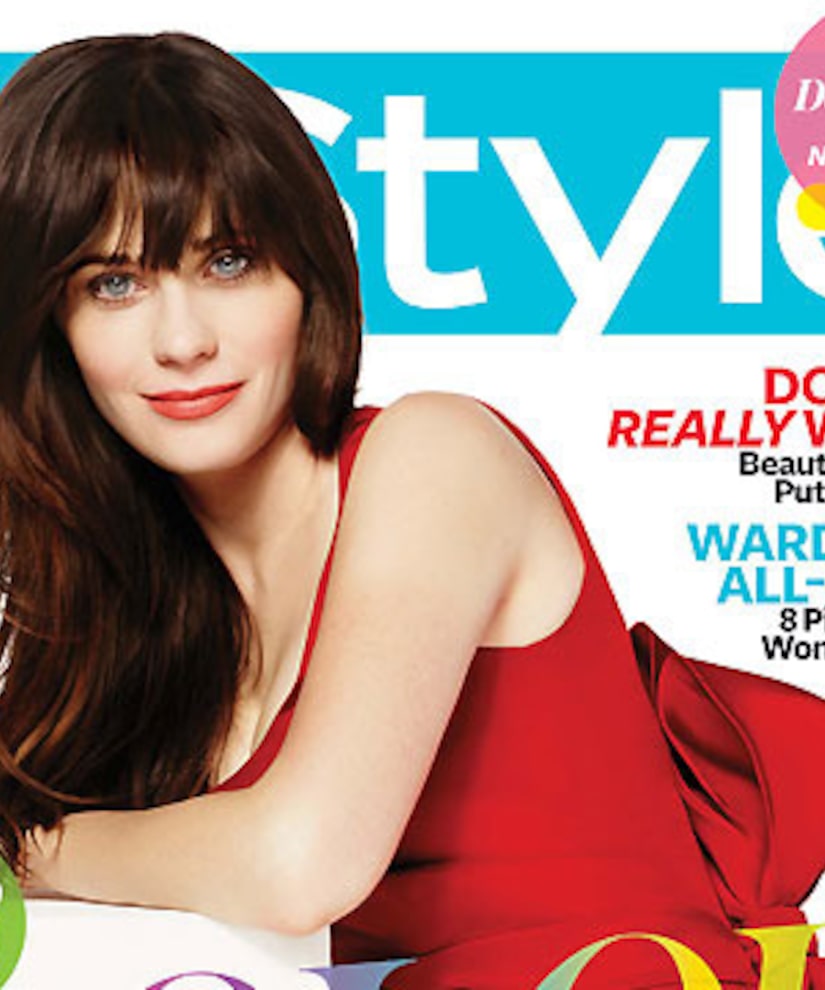 Actress Zooey Deschanel is the cover girl of the April color issue of InStyle magazine, talking about crafting her signature style.

Deschanel joked with the mag, “People are more affected by how I look and dress myself than I think anyone would care to admit. I guess I'll just have to start wearing power suits.”

The “New Girl” star said about her red-carpet looks, “Style isn't when you buy yourself the most expensive things. It's being creative and able to put together what you've collected.”

In fact, Zooey prides herself on gaining a fashion sense even when she didn't have a lot of money. “I got things for, like $2, $3, and made myself look as good as I could. Limitations make you more creative.”

To read more about Deschanel, pick up the brand-new April issue on newsstands starting Friday, March 15, or download it to your iPad, Nook, or Droid tablet. Plus, go behind the scenes at Zooey's InStyle cover shoot!