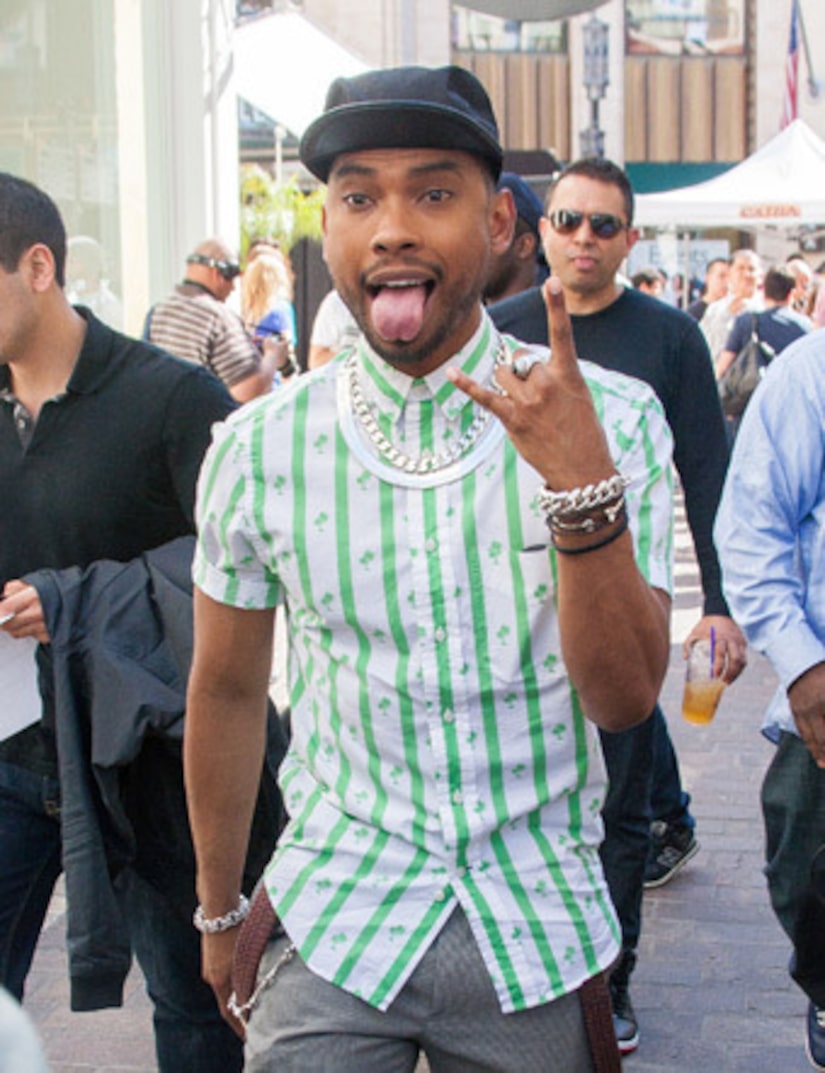 Kelly Clarkson couldn’t help but gush about Miguel when she accepted a Grammy last month, calling him “the sexiest d**n thing.” It turns out he’s a fan of the “American Idol” alum!

Miguel told “Extra’s” Mario Lopez that he caught up with Clarkson after the award show. “I had to stop her and thank her… it was so genuine. I had to tell her and let her know that whenever she was ready, you know, we're down to work.”

When it comes to the feud between Kelly and Miguel’s friend Clive Davis, the 27-year-old is not taking sides. He simply said, “there's two sides to every story.”

Miguel, who is currently on tour with Alicia Keys, recently released the single “How Many Drinks” and admitted to Lopez that it is definitely about the number of beverages it takes to get “busy.”

“I'll be honest with you man, I'm pretty much straight to the point,” said the “Adorn” singer, who added that he is dating a “confident” woman who is always “rooting” for him.

Find out when Alicia and Miguel are coming to your city at OfficialMiguel.com.