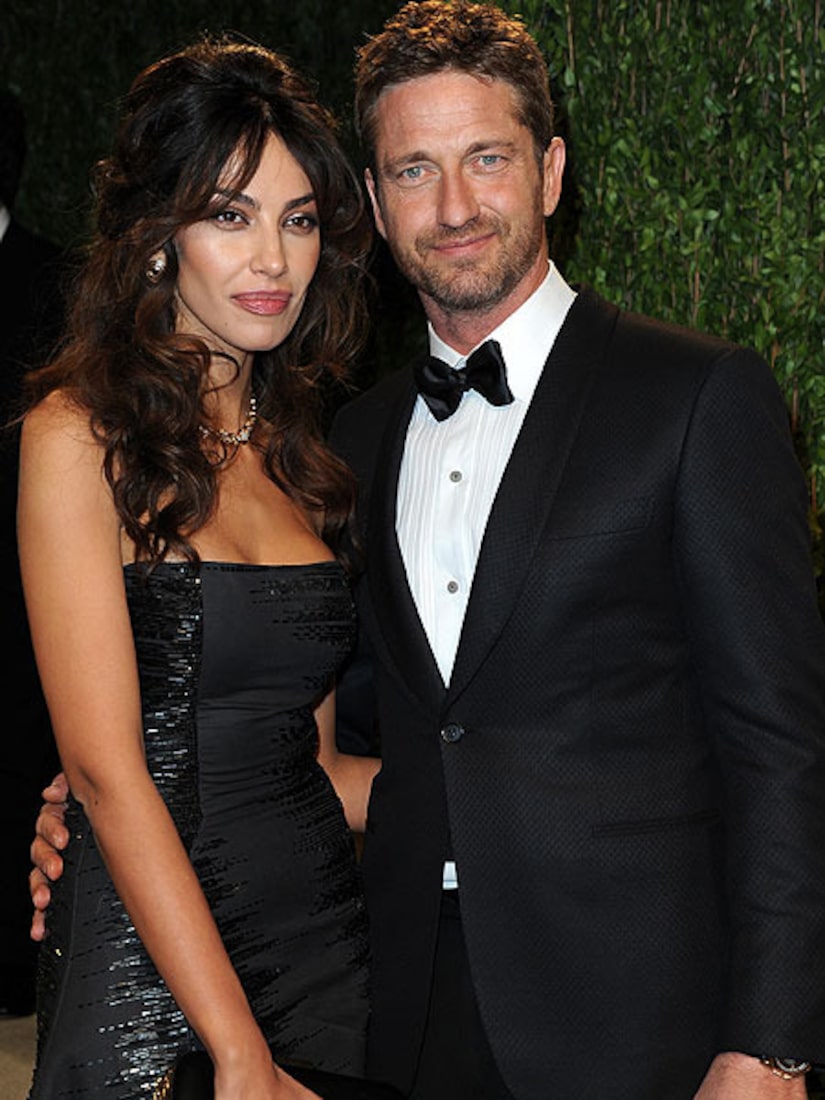 Actor Gerard Butler sat down with “Extra’s” Jerry Penacoli in NYC to talk about his new action flick, “Olympus Has Fallen,” and the hunky star also opened up about his girlfriend, Madalina Ghenea.

On meeting the Romanian model, Butler explained, “I met her here in New York, and we hung out all night, didn't even kiss, tried on my hat collection. I said 'I'm coming to visit you in Milan,' and three days later, I was at her door in Milan. She was like, ‘Whoa!’”

Penacoli asked Gerard (one of Hollywood’s most eligible bachelors) if she’s the one. He smiled, “She’s amazing. I’m having fun. I’m very lucky, she’s a great girl.”

As for Butler’s new film, “Olympus Has Fallen,” in which he plays a Secret Service agent who has to stop a terrorist attack on the White House, the actor said he suffered a few mishaps, including losing a fingernail. “Of all my injuries in the movie, and I had a few, it was the most painful.”