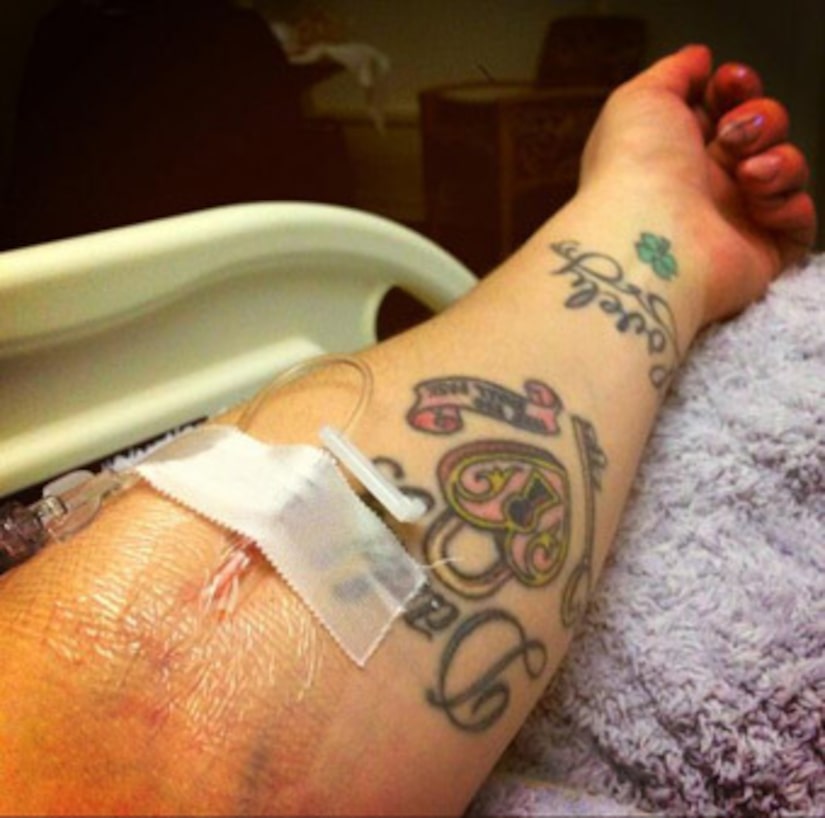 TV personality Kelly Osbourne spent Thursday night in an L.A. area hospital after suffering a seizure on the set of E!’s “Fashion Police.”

The 28-year-old tweeted fans a brief status update from her hospital bed, including a photo of her IV, saying, “Thank U all 4 UR beautiful well wishes yes I did have a seizure they are just trying to figure out why?”

Osbourne's mom, Sharon, shared her thanks and support on Twitter too, writing, "I want to thank everyone for their concern about @MissKellyO. She's doing fine she's at Cedars and is surrounded by the best doctors & love."

Kelly's rep issued a statement, explaining, "Kelly Osbourne fainted on the set of E!'s 'Fashion Police' today. She was taken to a local hospital for further testing and is awake, alert and in stable condition. She will be staying overnight for observation as a precautionary measure. There are no further details at this time."

Kelly's co-host, Joan Rivers and daughter Melissa, spoke to “Extra’s” Mario Lopez at The Grove shortly after the incident.

Melissa explained, “She fainted. Everything’s fine. We love her to death. Our family’s still intact.”

Joan added, “She fell and she passed out. She’s up and she’s fine… we just said go home.”