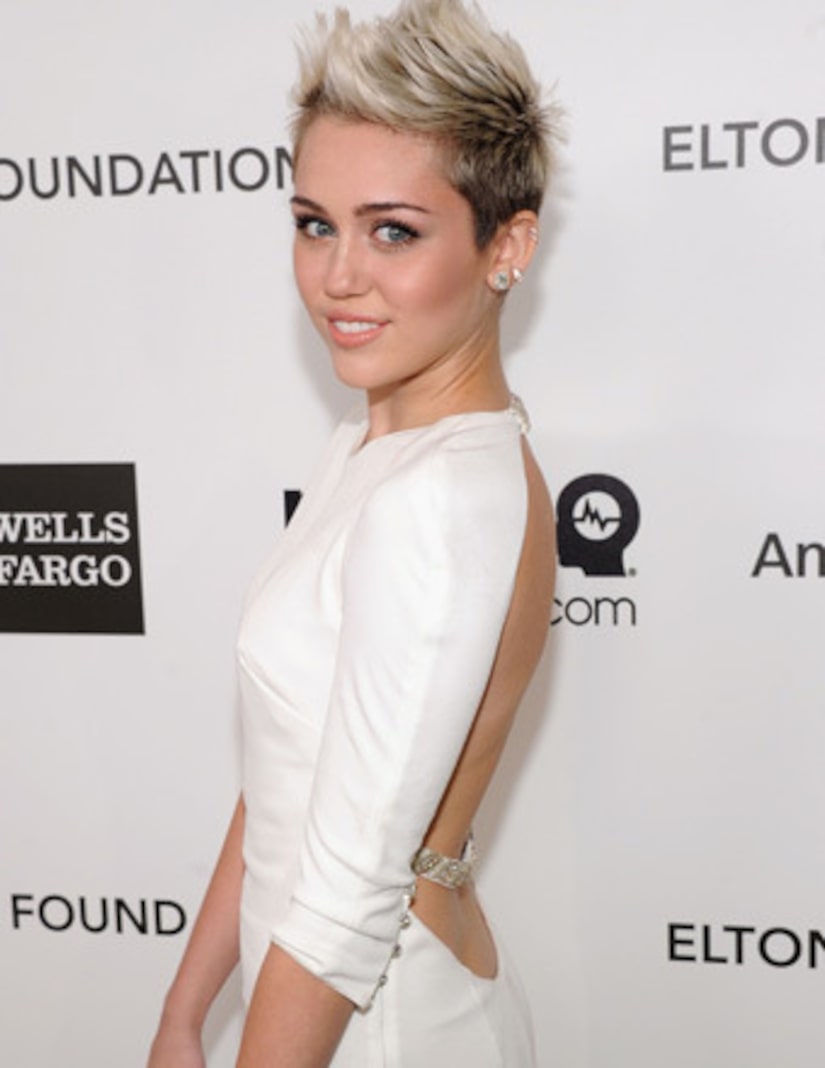 Singer Miley Cyrus managed to both quash and fuel split rumors this week, with the help of Twitter and a missing engagement ring.

On Wednesday, Miley assured fans she still planned to marry fiancé Liam Hemsworth, tweeting, “I am so sick of LA. And sick of the lies that come with it. I didn't call off my wedding. Taking a break from social media. #draining”

Later that day, however, the 20-year-old starlet was spotted at a L.A. recording studio wearing plenty of jewelry, just not the sparkler Liam gave her when he proposed. Check out the photo!

A source told People that despite the missing bauble, "Miley still wants to get married."