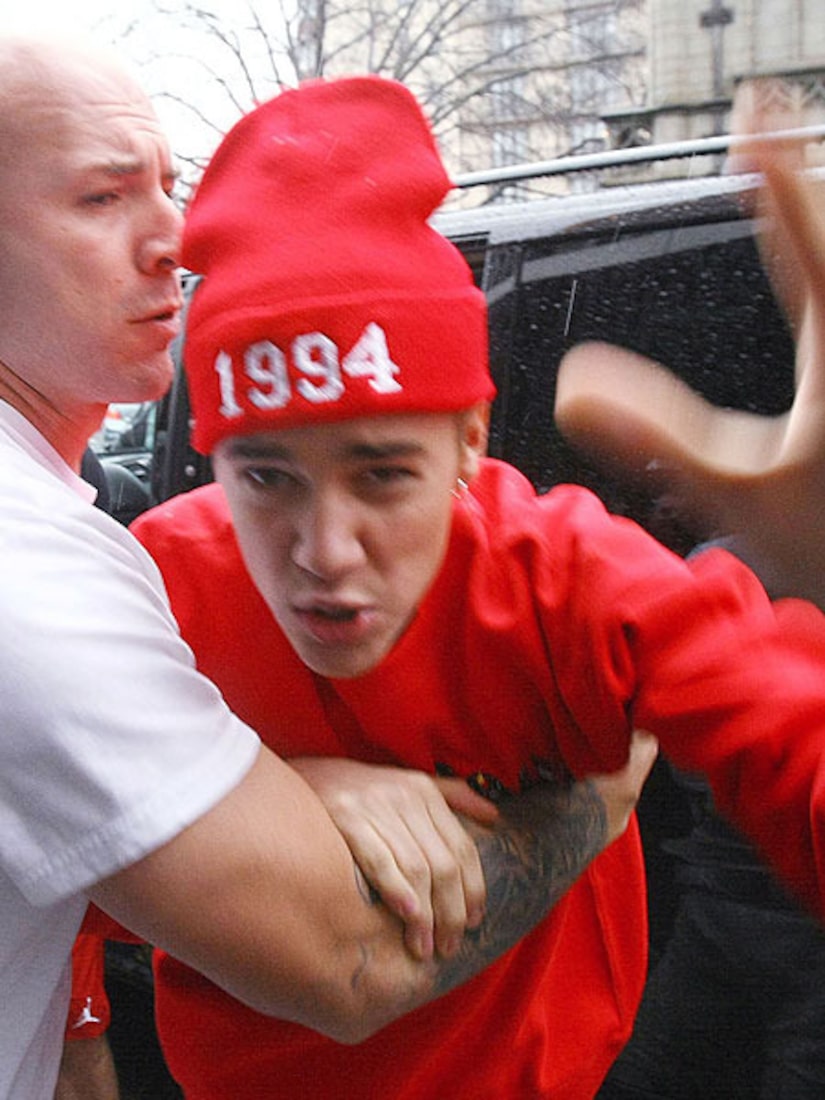 What a week Justin Bieber is having in London!

First, he collapses while performing at the O2 Arena on Thursday after experiencing shortness of breath. He had to go off stage for an oxygen blast and finished the show before heading off to the hospital.

Then, Friday morning, the 19-year-old became visibly upset with paparazzi and had to be restrained by his own bodyguard.

The Biebs tweeted later, "Ahhhhh! Rough morning. Trying to feel better for this show tonight but let the paps get the best of me... Sometimes when people r shoving cameras in your face all day and yelling the worst thing possible at u...well I'm human… Rough week."

Justin continued, "Not gonna let them get the best of me again. Gonna get focused on this show tonight. Adrenaline is high now. Gonna put it on the stage…Only way someone can break u is if u let them.”