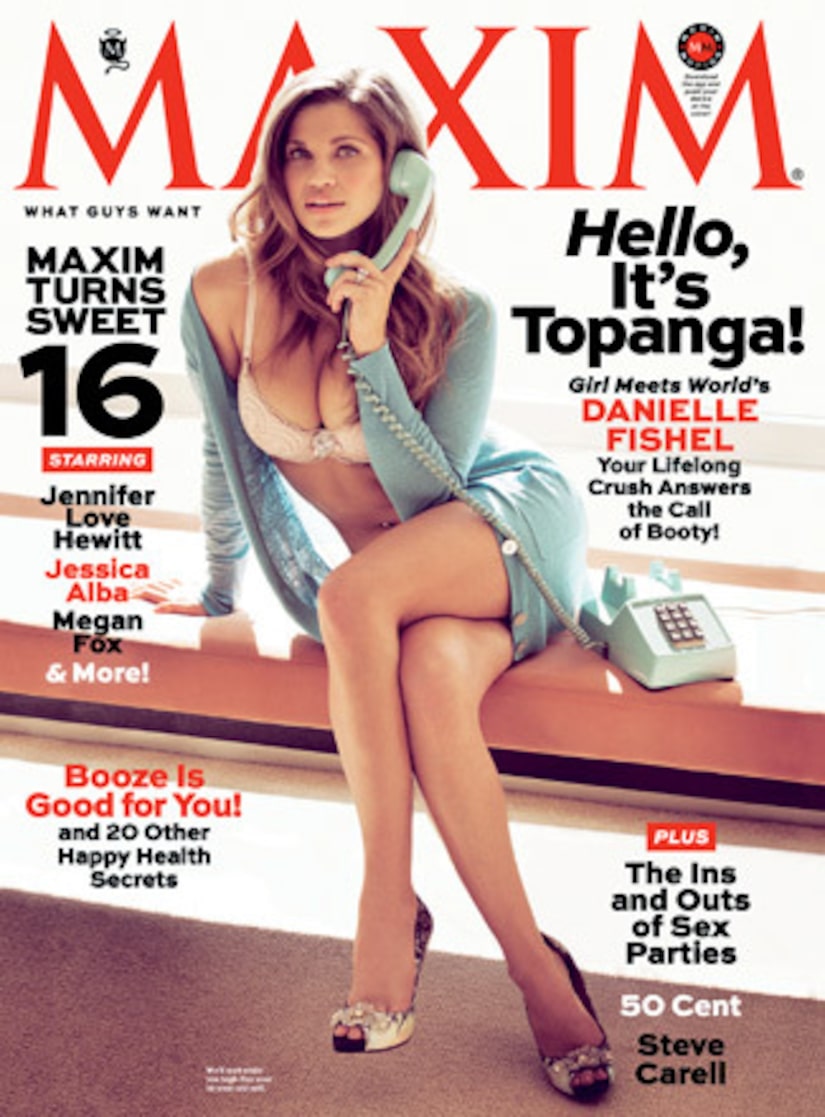 It looks like Danielle Fishel aka Topanga from “Boy Meets World,” is all grown up and showing off her lingerie for Maxim.

The 31-year-old actress, who will reprise her role as Topanga in the upcoming Disney spinoff “Girl Meets World,” had lots of juicy stories to tell about her days as a '90s star.

In one outrageous tale, Fishel recalled, "One time we were all on a private jet going to Disney World, and my mom, dad, and brother were also with me. We had these four seats facing each other with curtains, so we had our own little private family area. Anyway, we were trying to take a nap, and all of a sudden Bob Saget walks down the aisle, rips open our curtain, and shouts, “Do you guys have any coke?!” Then he looks my dad in the eye, laughs, and closes the curtain. My mom was like, “What was that all about?”

Danielle also quashed rumors that she and co-star Ben Savage were ever an item. “No! That rumor was entirely my fault because I once said, on “The Tyra Banks Show,” that Ben and I went on a date, and that turned into 'Danielle and Ben dated. We went on one date, when I was about 15, and by the time the dinner was over we realized mutually that we were more like family than lovers.”

Check out the full interview at Maxim.