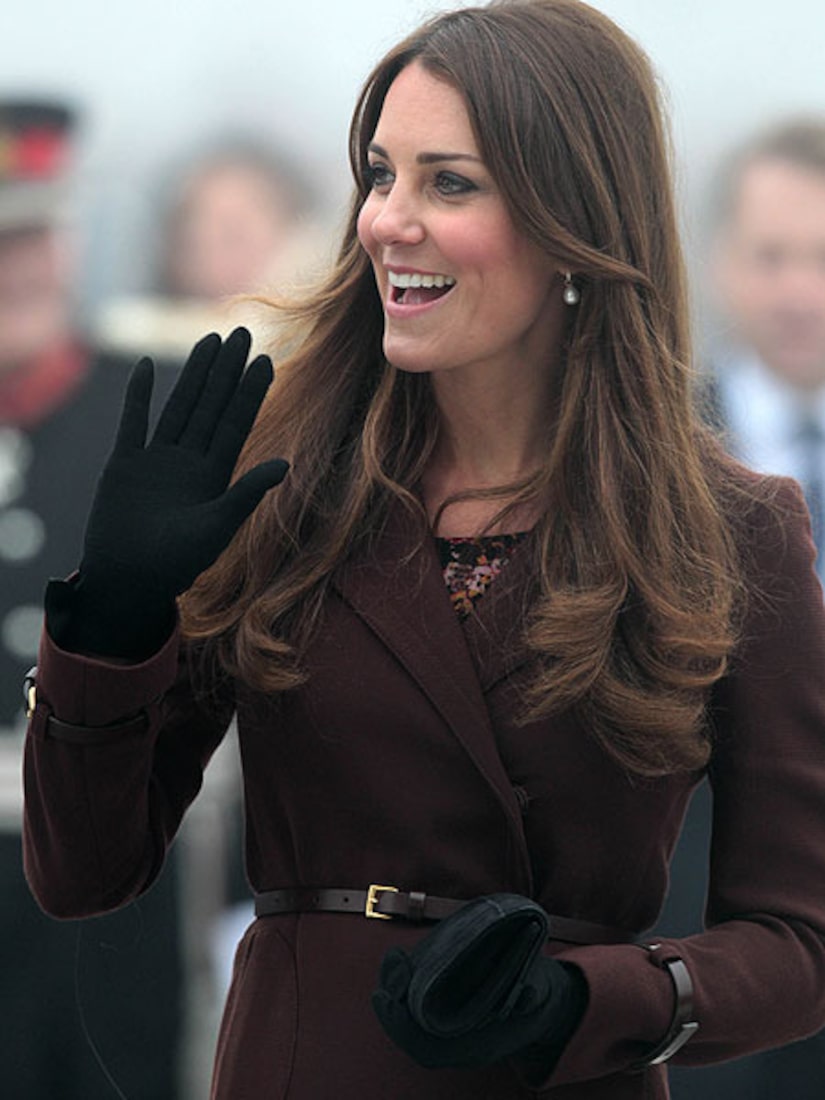 Royal mom-to-be Kate Middleton may have inadvertently let it slip that she and Prince William are expecting a daughter.

The Duchess of Cambridge was in Grimsby, UK, on Tuesday, greeting about 2,000 well wishers. A witness told the Daily Mail that Kate approached one woman, who handed Middleton a teddy bear, to which the Duchess exclaimed, “Thank you, I will take that for my d...,” stopping herself before revealing anything.

The witness, Sandra Cook, who was standing next to the woman with the stuffed animal, told the Daily Mail, “[Kate] stopped herself. I leant over and said to her, 'You were going to say daughter, weren't you?' She said, 'No, we don't know!” I said, 'Oh, I think you do' to which she replied, 'We're not telling!'”

Although the woman giving Kate the gift couldn't remember what was said, Mrs. Cook, who works in a local charity shop and lives in Grimsby, was adamant about what she heard. “I only hope that she doesn't now give birth to a boy or I'm going to look pretty stupid,” Cook laughed.

St. James' Palace did not comment on the matter, although royal sources insisted the couple had not yet learned the gender of the baby, which is due in July.