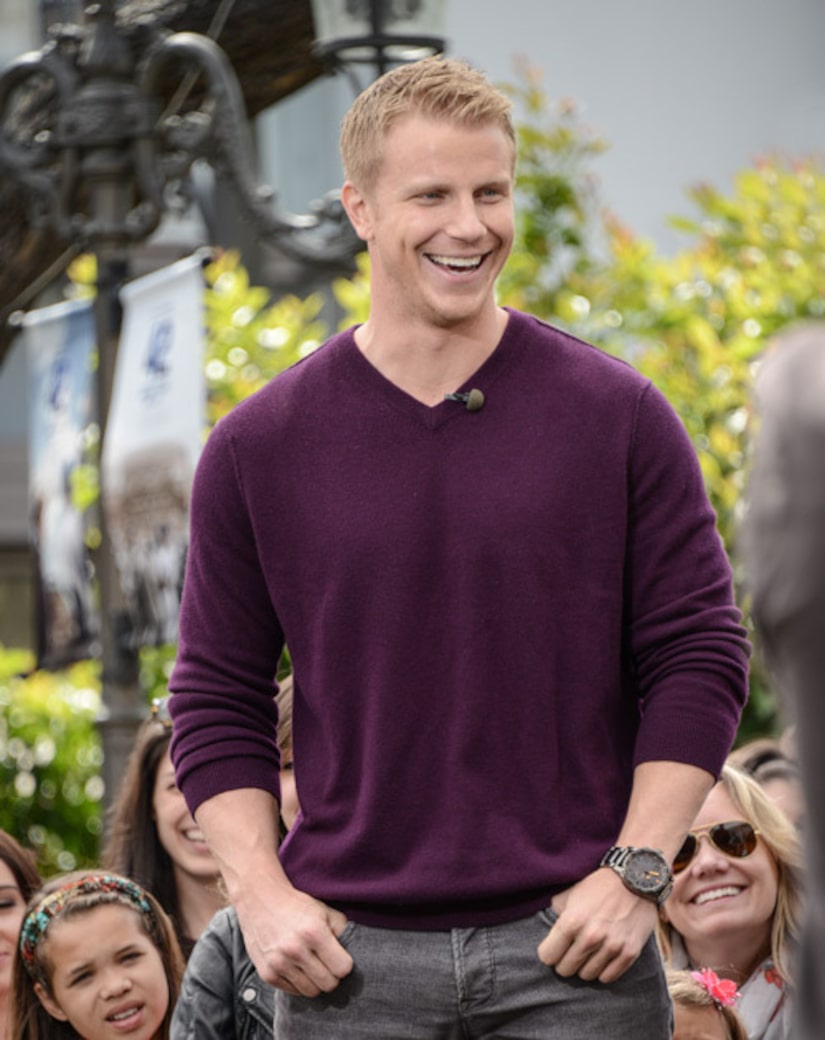 Sean Lowe joined “Extra’s” Mario Lopez at The Grove today to dish on the season finale of “The Bachelor,” in which he is expected to propose to either substitute teacher Lindsay Yenter or graphic designer Catherine Guidi.

Lowe admitted he had an emotional week. “Not as difficult as you might think, the final week was excruciating for me, but there comes a time when I have clarity and it all makes sense and it’s a beautiful thing.”

As for why Sean let AshLee go when it came down to the final three, he said he grew up in a house full of laughter and wanted that for his kids one day. “I just had more laughter with the other two women then I did with AshLee.”

Lowe also cleared up a few rumors… he and Emily Maynard have not reunited. “That’s completely facetious,” he said. “I have run into her once (when she interviewed Sean for “Extra”) and I have had no communication with her since.” Sean also said reports that he donated sperm to his sister so she could have a baby are false.

Sean does have one regret from his time on the show. “I should have listened to the women regarding Tierra,” he said.

Sean also answered questions some fan questions. Check it out!