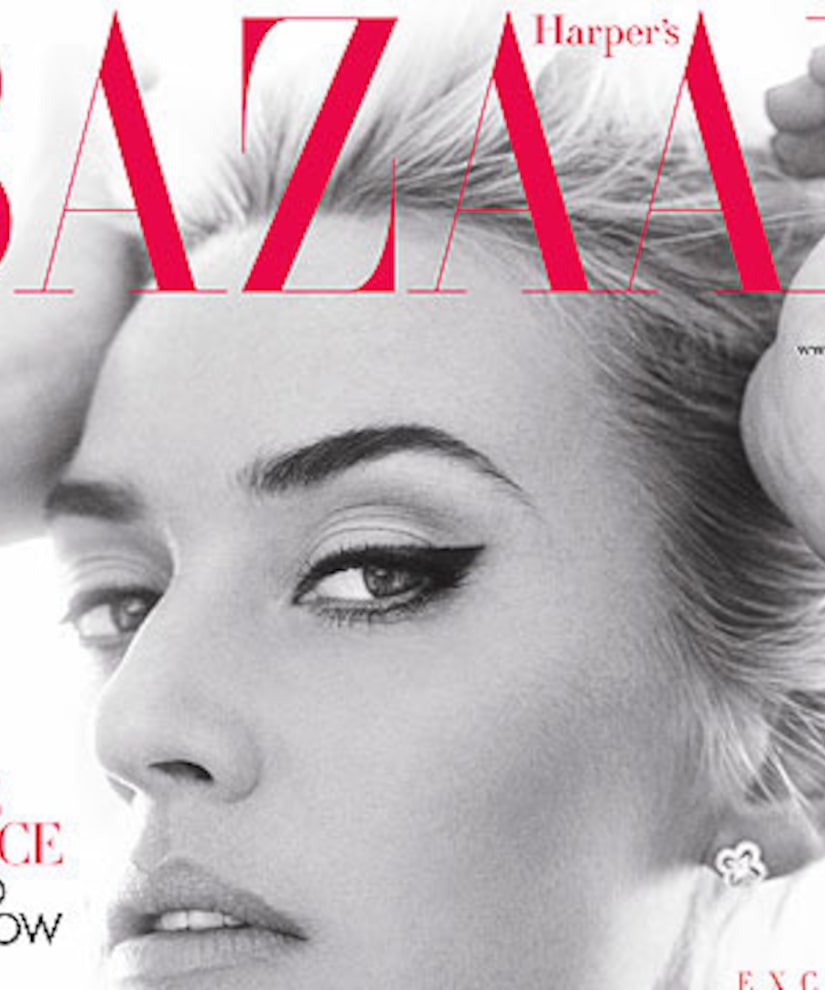 Oscar-winning actress Kate Winslet graces the April cover of Harper's Bazaar UK, talking about her Commander of the British Empire honor for services to drama, plus her meeting with the Queen, and what she's learned from her past.

Interviewed by Bazaar Editor-in-Chief Justine Picardie, Winslet said, “I've really learned a great deal about myself, in the last four years in particular. I think I can see more clearly now -- about how the pattern of past experiences has shaped who I am, and the characters I have played -- and I'm grateful for that. I have so much more material to draw on for work -- rubble, bricks -- and I know I can carry it now. I'm not going to drop it, and if I do, I'll sift through it. Does that make any sense at all? Probably not…”

As for the British monarch, Kate gushed, “Oh my God, she [the Queen] looks amazing. Beautiful skin -- and wonderful thick hair. She looked really well and pretty and fresh, and she was wearing a lovely pale yellow dress.”

For a behind-the-scenes look at the photo shoot by Alexi Lubomirski, click here.

The April issue of Harper's Bazaar UK goes on sale Thursday, March 7. It is also available in a digital edition.