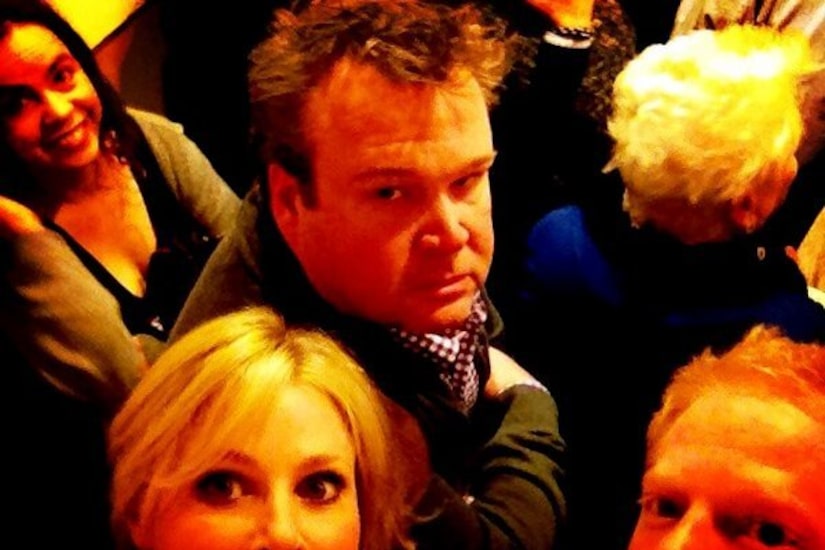 The trio was headed to host the Boys & Girls Club of Greater Kansas City's "Kids Night Out" fundraiser when they found themselves trapped in a crowded elevator for nearly an hour.

As the Kansas City Fire Department made their way to the scene, the stars remained calm, posting pictures and videos to twitter. “This is us right now. 45 minutes stuck in this elevator,” Jesse Tyler Ferguson tweeted, including the snapshot above.

Watch their video Vine taken from inside the elevator!