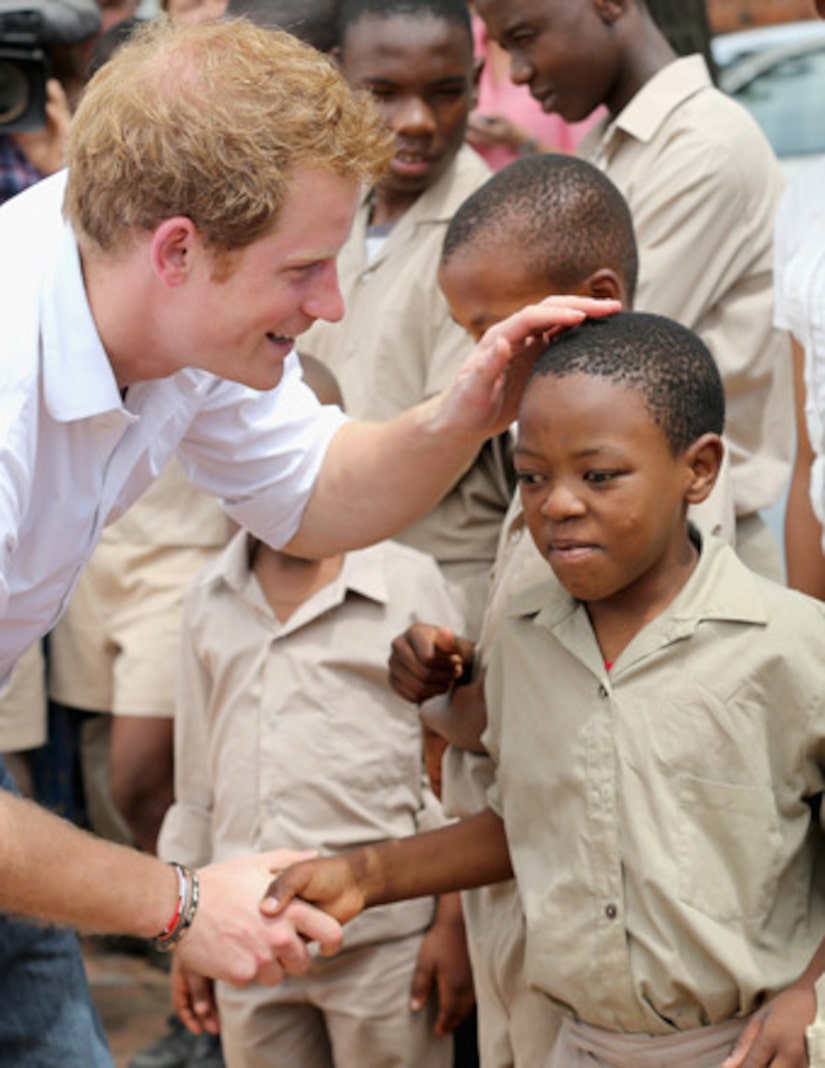 A charity dinner in South Africa was especially touching Wednesday night when Prince Harry told the crowd that he hoped his mother, Princess Diana, would be “proud” of his humanitarian work.

The 28-year-old royal helps children suffering from HIV/AIDS and other illnesses through his charity Sentebale, which means “forget me not.”

According to the Daily Beast, Harry is on tour with the organization and stopped in Lesotho to cook and dance with the children before heading to Johannesburg for the gala dinner.

The party was in honor of a new facility named after Lesotho's late Queen Mamohato Bereng Seeiso. Her son, Prince Seeiso, co-founded the organization with Harry in 2006.

"I hope she would be proud of what we are trying to achieve in her name," Harry said of the queen, "I hope that my mother will be proud, too."

He added, "Maybe, just maybe, they are together somewhere up there, with blueprints and sketches already mapped out… I can only hope we put the swings in the right place."

Harry's good works can only be rivaled by big brother Prince William, who rescued two hikers via helicopter, after they were stranded in Snowdonia, North Wales.