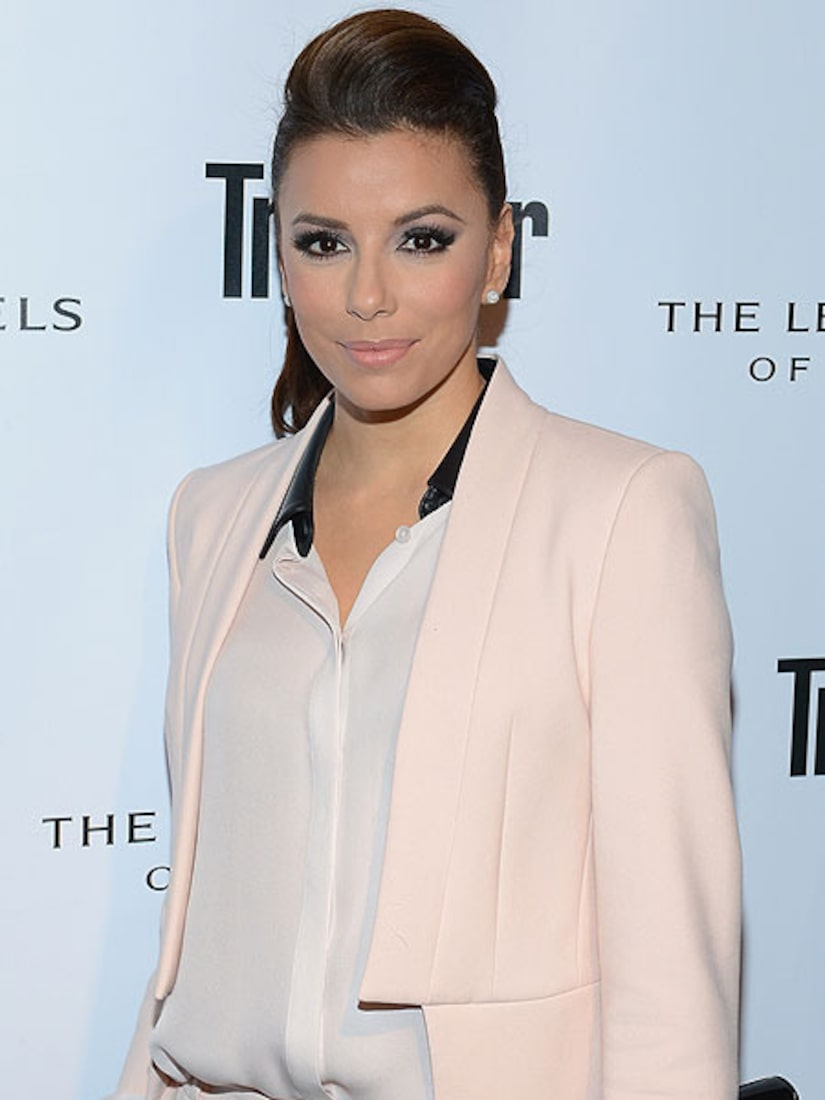 “Extra’s” Terri Seymour sat down with Eva Longoria to talk about her short film “Out of the Blue."

The actress teamed up with director Ron Howard for the Canon “Project Imagination” Film Festival, directing and starring in an original film inspired by amateur photos submitted to Canon's website.

Eva laughed, “Oh my gosh… We have this AWESOME chick fight scene!”

“Out of the Blue" premieres at The Canon Film Festival later this year.