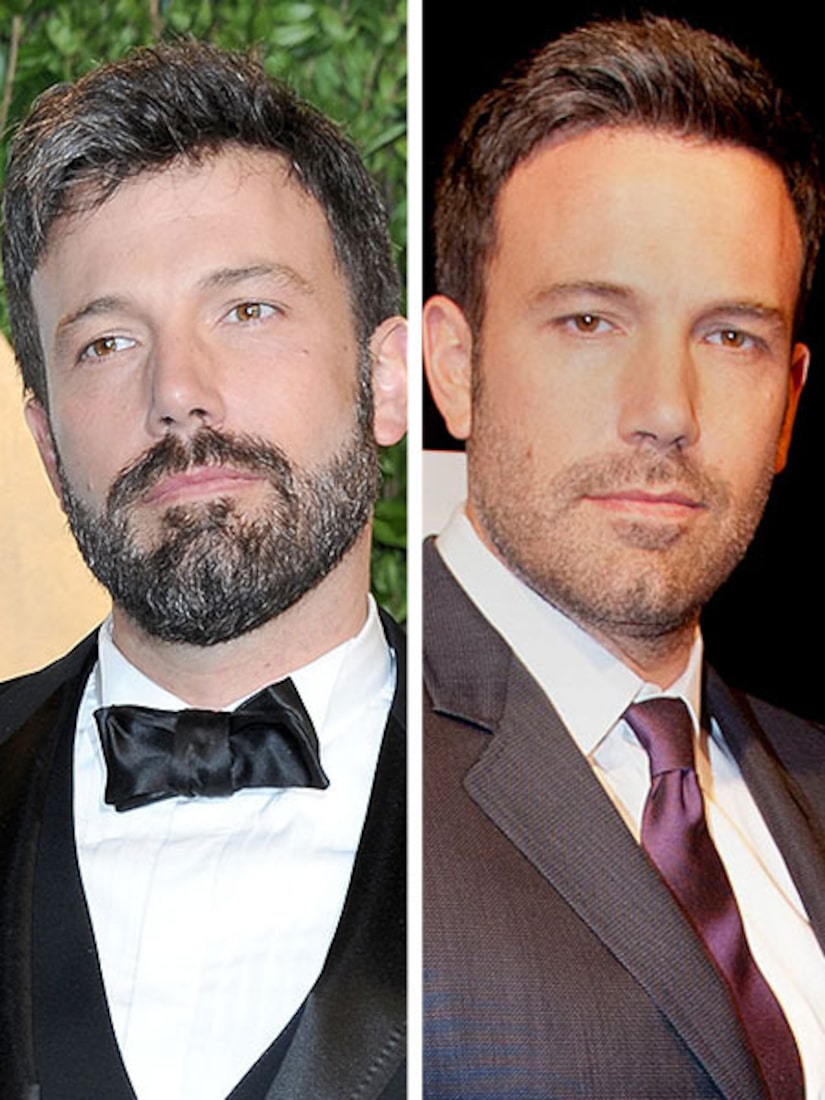 Tired of Ben Affleck's facial hair? So is his wife, Jennifer Garner, who reportedly brought a pair of clippers to an Oscars 2013 after-party so her husband could shave off his beard.

According to UsWeekly, the “Argo” director was celebrating his film's Best Picture win at a private late-night party at Craig's restaurant in West Hollywood when fellow producer George Clooney, wife Garner and others convinced Affleck the beard had to go! Affleck had kept the scruff as his lucky charm for awards season.

"He did it himself at the restaurant," an insider told Us of Affleck, who also said Garner pulled the clippers out of her bag.

"The whole family was tired of the beard!" the source added of Garner, 40 and kids Violet, 7, Seraphina, 4, and Sam, 12 months, and other relatives.