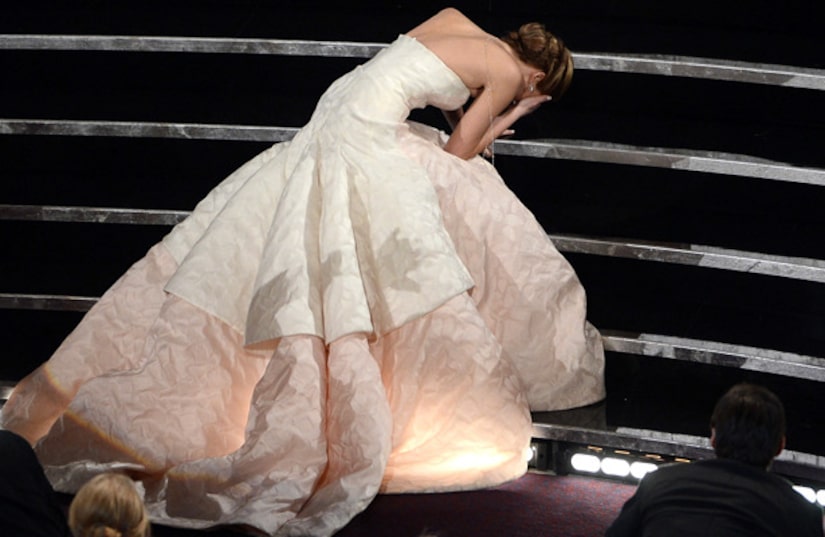 “Extra’s” Maria Menounos caught up with Best Actress winner Jennifer Lawrence backstage at the 2013 Oscars to talk about her trip as she took the stage, Hugh Jackman rushing to help, and the person she forgot to thank in her acceptance speech.

The “Silver Linings Playbook” star admitted that tripping as she took the Academy stage was “up there” as far as embarrassing moments are concerned, but Hugh Jackman’s helping hand made it all okay.

Jennifer didn't find out he had rushed up to help (as did Bradley Cooper) until later, and now if anyone makes fun of the starlet, she will simply come back with, “I got touched by Hugh Jackman!”

She also revealed there was one very important person she forgot to thank during her acceptance speech. “I forgot to thank Harvey Weinstein, so that’s the end of my career, but it has been amazing, it has been fun (laughing). Thank you Harvey, I love you. You are still my little rascal!”