A fan watching the pre-Daytona 500 NASCAR race captured shocking footage the moment when debris from the massive multi-car pile-up flew into the packed crowd, injuring at least 28 fans.

The terrifying scene unfolds during the last lap as rookie Kyle Larson's car is catapulted by the crash into a catch fence separating tens of thousands of fans from the track, almost shearing the car in half.

Race officials said 14 fans were sent to nearby hospitals and another 14 were treated at the Florida track. No deaths have been reported. 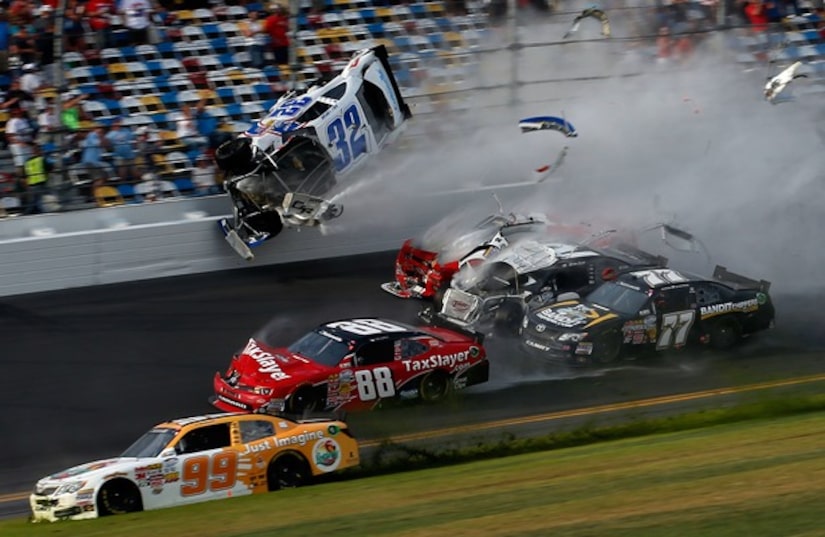 The prestigious 55th Daytona 500 race went on as planned on Sunday, with Jimmie Johnson winning the race at the Daytona International Speedway. Dale Earnhardt Jr. finished second while pole-sitter Danica Patrick was eighth.