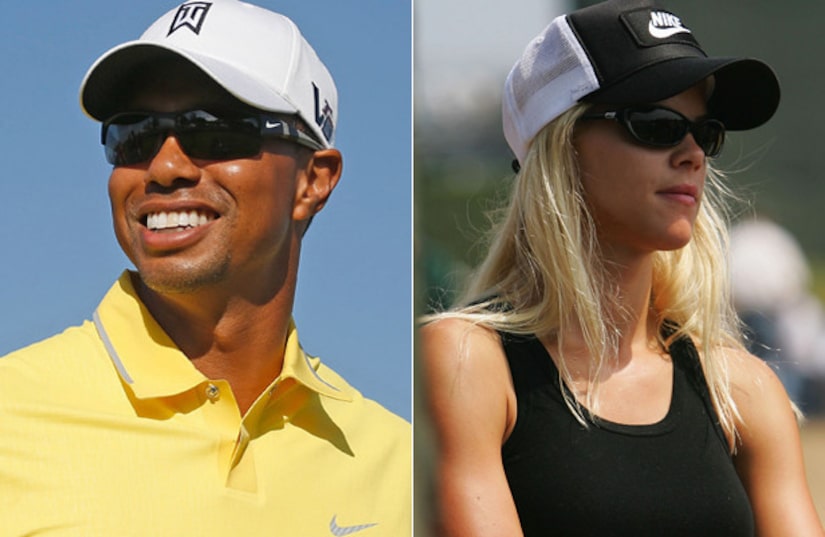 For the first time in ages, Tiger Woods and Elin Nordegren were photographed together at a public event. The Saturday sighting at a Jupiter, FL youth sports event comes more than three years after Tiger's cheating scandal broke.

Woods arrived at the event with kids Samantha and Charlie and Nordegren met up with them about an hour later. TMZ reports that the former couple chatted for about a half hour and appeared to be having a good time.

Check out the photos at TMZ!

When they started to draw attention, the pair took off in Elin's car.

Tiger is rumored to be dating skier Lindsey Vonn, however, news surfaced last month that he could be trying to rekindle his romance with Elin.

The National Enquirer reported that the famous golfer was offering his ex-wife a $200 million pre-nup to take him back and that the two were sleeping together again.