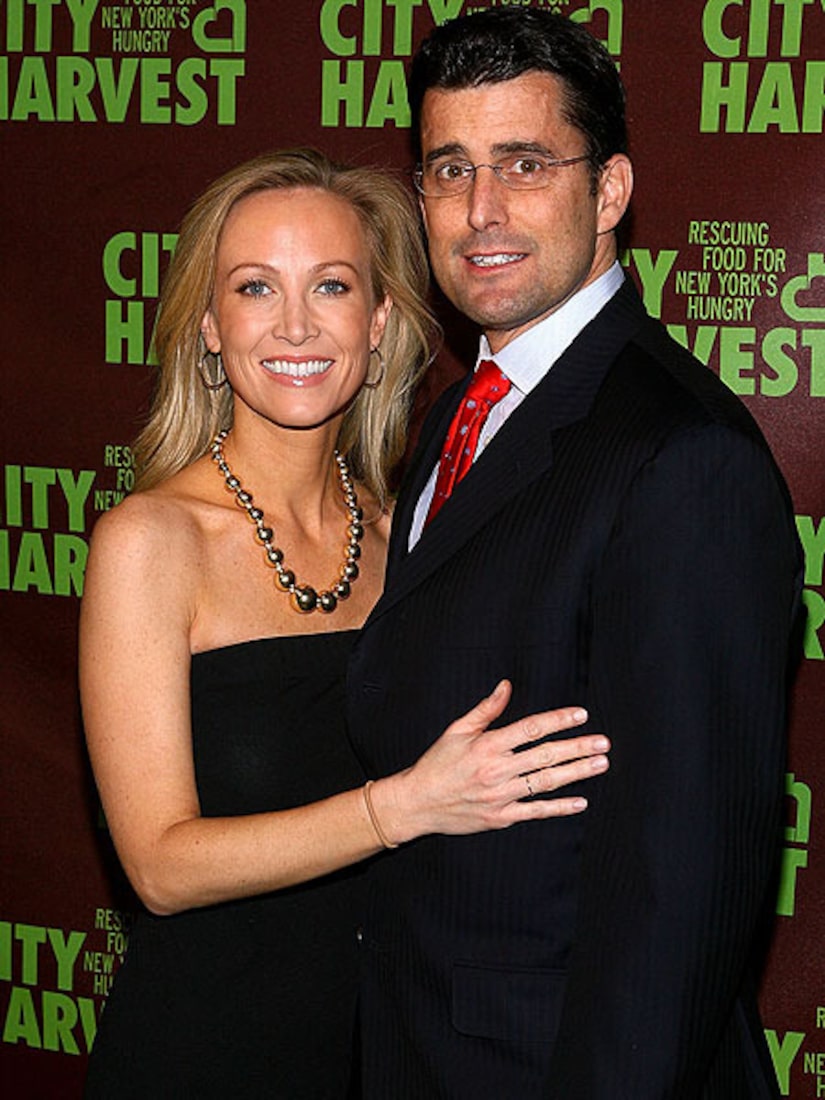 Following the arrest of NYC TV newsman Rob Morrison on charges he choked wife Ashley Morrison and threatened to kill her, Ashley's mother is speaking out, saying Rob has been abusing her daughter for 10 years.

Martha Risk told the Daily News she has feared for Ashley's life since Rob and Ashley were first married. “(Ashley) weighs 110 pounds -- let's take her on,” said Mrs. Risk from her office in Columbus, Indiana. “There is no hope for this man… This has gone on for 10 years. I'm angry, so angry.”

The mother continued, “You wonder when you are going to get another call, if it's going to be the hospital… How bad is she hurt this time? You have such a horrible feeling in yourself ... This has gone on for too long.”

Morrison was also arrested for allegedly assaulting his wife in 2009 -- and cops went to their city apartments seven other times for verbal disputes, says the Post.

As for the incident on Sunday, Risk said the ex-Marine was “drunk as a skunk” when he called to say Ashley was “out of control,” which immediately prompted Risk to call the police.

“He calls me,” she said. “He knows that I hate him. Why does he call me? I don't know. He's drunk, calls and says, 'Your daughter is out of control.'”

Ashley, 40, is worried about how her husband's actions and arrest will affect their 7-year-old son. Her mom said the incident has shaken the whole family. “I don't want a pound of flesh,” Risk said. “I just want him away. I just want her to be happy.”

Meanwhile, according to the NY Post, Morrison, who is out on $100,000 bond, was spotted having a few beers at a local restaurant on Wednesday, right after he resigned from his WCBS-TV anchorman job.

He has denied any physical abuse against his wife, telling the Post that Ashley allegedly struck the first blow, bashing him in the face with a remote control and giving him a bloody nose and lip. The official police report states Ashley hit him in self-defense.

Morrison faces more than six years in prison if convicted of the charges of choking, threatening and disorderly conduct.