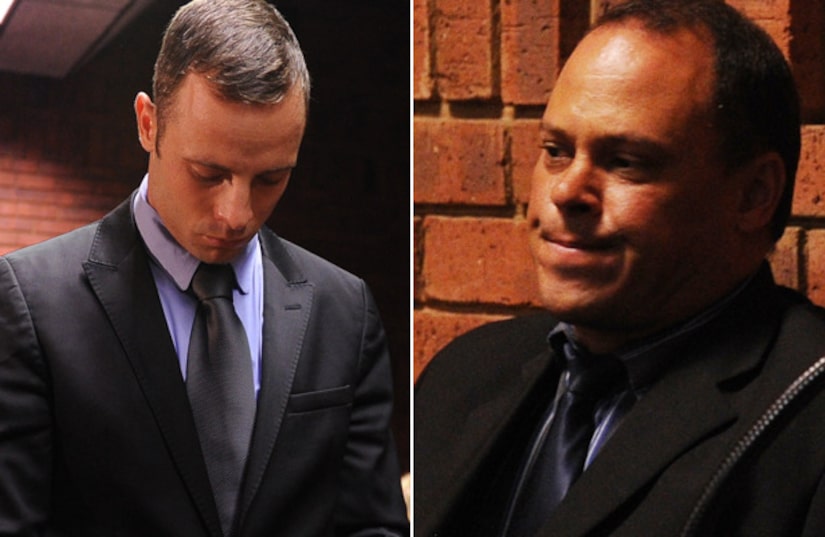 In a strange turn of events, the lead detective in the Oscar Pistorius case is facing seven counts of attempted murder. Hilton Botha, the first official to arrive at the “Blade Runner's” South African home after the death of girlfriend Reeva Steenkamp, has been yanked from the investigation.

According to the L.A. Times, Botha and three other officers were allegedly intoxicated and traveling in a state vehicle when they decided to open fire on a minibus carrying seven passengers. Prosecutors dropped the 2009 or 2011 (reports vary) case, but have reinstated charges against three of the suspects.

News of the crime comes the day after Botha seemed to botch the prosecution's case at a Pistorius bail hearing. The state is accusing the Olympian and Paralympian track star of premeditated murder, while the 26-year-old maintains that he shot his model girlfriend after mistaking her for an intruder.

According to NBC News, Botha had witnesses who claimed they heard fighting coming from the Pistorius household in the hour leading up to the model's killing. The story didn't hold up, however, when Botha admitted during cross-examination that one witness was 1,000 feet from the athlete's residence when the shooting occurred.

Botha also said that authorities found needles and testosterone on the scene, but Oscar's attorney, Barry Roux, stepped in to say that it was actually an herbal remedy. State prosecutor Gerrie Nel also intervened at one point when the warrant officer referred to the substance as steroids.

While Hilton was removed from the case on Thursday, Pistorius was back in the courtroom for another bail hearing. A decision on whether the athlete will remain behind bars leading up to his trial will likely be decided on Friday.
Meanwhile, Nike has decided to drop him, and other sponsors are expected to follow suit.