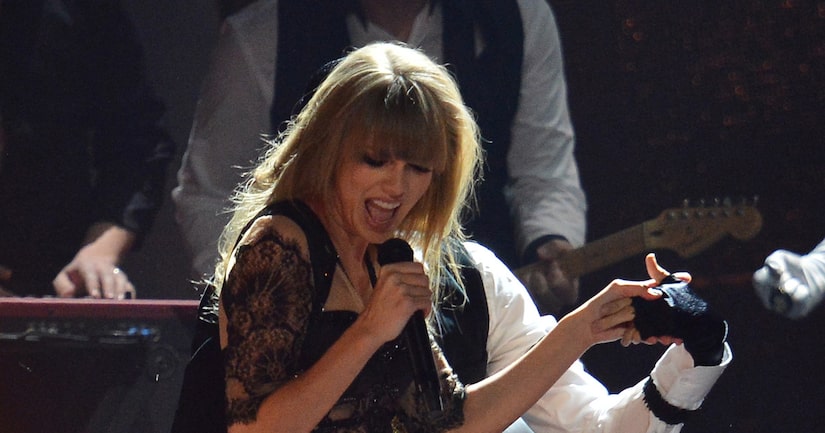 Taylor Swift showed Harry Styles exactly what he's missing with a sexy striptease performance at the Brit Awards on Wednesday, but the country star was happy to give him the cold shoulder backstage, according to reports.

Sources told PerezHilton.com, however, that Taylor ran into Harry backstage, but wanted nothing to do with him and even avoided looking at the One Direction singer! The insider said, "Taylor and her people passed Harry backstage and a security guard barked, 'Look left!' so there was no eye contact."

If the “Red” songstress was trying to get Harry's attention with a rendition of “I Knew You Were Trouble” and mid-performance costume change from a white gown to a hot black cat suit, it worked.

Styles told Us Weekly she looked “great,” adding, "She always puts on a good show.