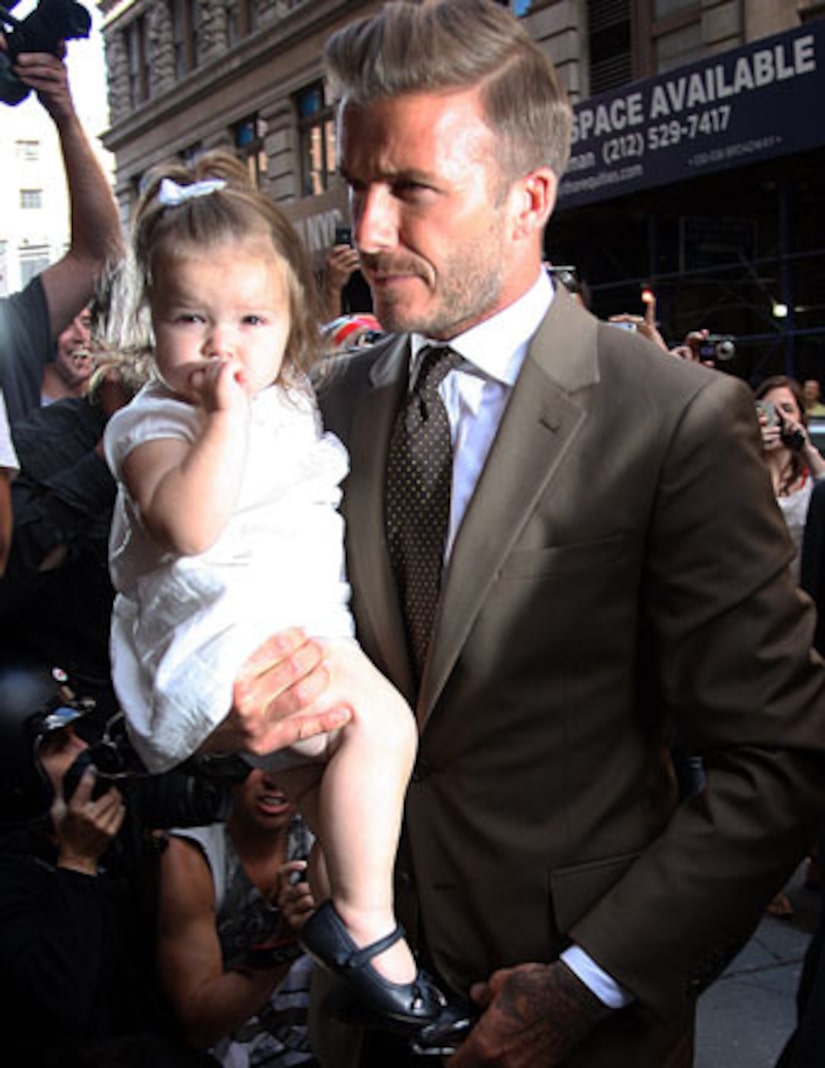 Soccer star David Beckham and wife Victoria would consider having a fifth or maybe even a sixth baby! The parents of Brooklyn, 12, Romeo, 9, Cruz, 6, and baby Harper, 7 months, would welcome an addition to the family, according to David.

The former L.A. Galaxy player told British talk show host Jonathan Ross, “Harper is 7 months now. I can't even look at her without welling up. After having three boys, you just assume that you're going to have another boy, but when we got told she was a little girl, it was amazing.”

He added, “We might have one more or two more, you never know. We're not thinking about it yet, but if it happens, great… we're busy people and we're enjoying the four kids that we've got already and we're lucky, we're lucky to have four healthy children.”

David explained that the superstar couple likes to keep things as “normal” as possible for their brood. “We take them to school, we pick them up,” he said. “We take them to Tae Kwon Do or wherever they go, so we always do the activities with them.”