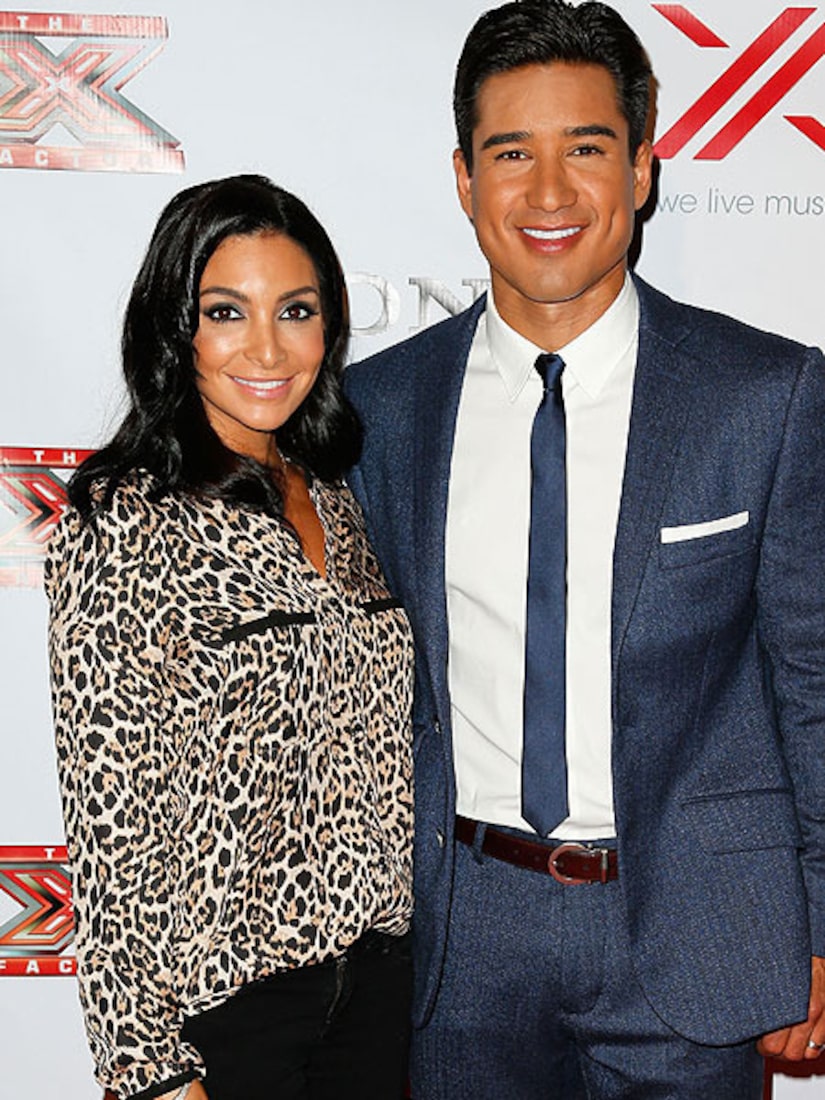 Mario told “Extra” he and Courtney are ecstatic. “I am the happiest father in the world. We cannot wait to welcome baby Lopez number two into our lives.” The baby is due in late summer.

“Extra” broke the news at The Grove, as Mario and Courtney’s 2-year-old daughter Gia appeared with a shirt that read, “Big Sister Gia.” The announcement was followed by a surprise baby shower, complete with balloons, guests and gifts.

Mario and Courtney were married last December in Punta Mita, Mexico. The two met when they shared the Broadway stage in the 2006 revival of “A Chorus Line" and began dating in 2008.

For more details on the big news, go to UsWeekly.com!