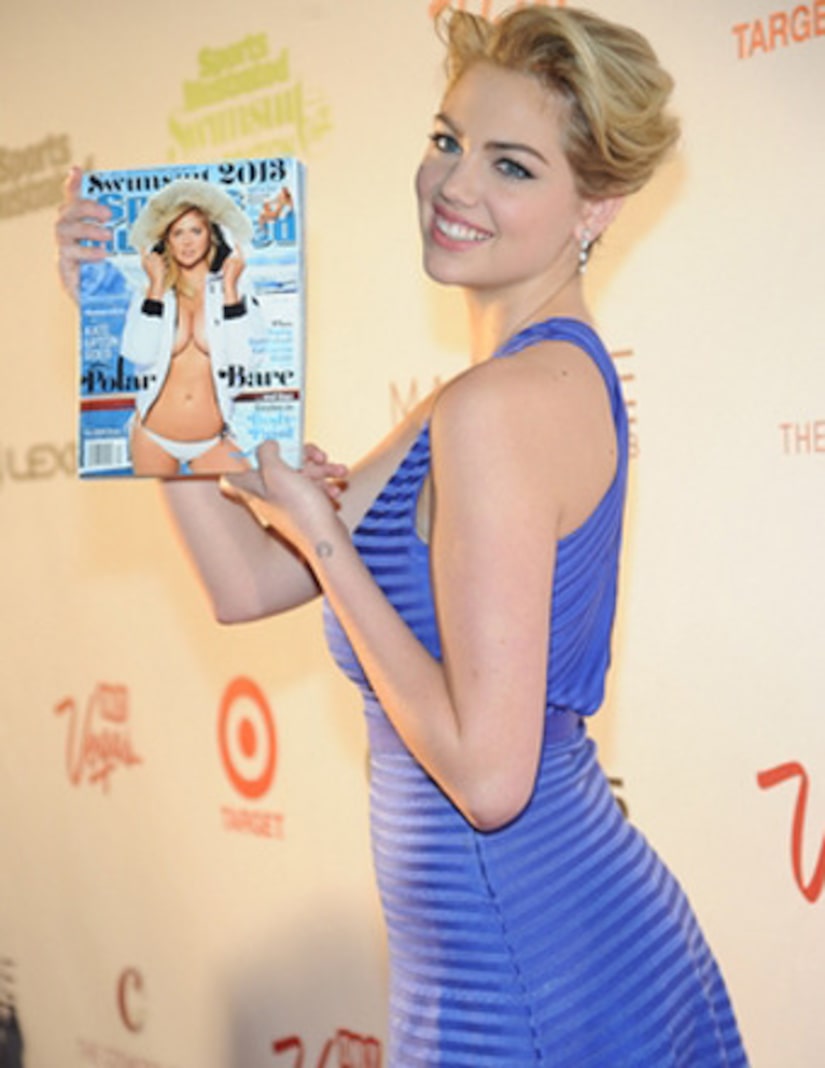 Kate Upton turned up the heat for the new Sports Illustrated Swimsuit Issue in a nearly non-existent bikini shoot in Antarctica! Upton sizzles on the “polar bare” cover as she poses topless in a fur-lined coat and white bikini bottoms.

Upton celebrated the honor with fellow models, including “Extra” special correspondent Chrissy Teigen, at 1 Oak Nightclub in Las Vegas. Chrissy and Kate chatted about the new issue and the 7 continents in 7 months theme.

Kate called her South Pole assignment a “difficult shoot, but definitely worth it in the end.” She added, “I was sent to Antarctica and came back with a cover which was really exciting, even though I was freezing.”

Chrissy joked, “I was cold and I was in a warm place,” and described her experience in Chile as “absolutely beautiful.”

“I never in my life imagined actually going there,” she said. “It was crazy.”

Teigen also set the record straight regarding rumors that she gave fiancé a “marry me” ultimatum. “Obviously it was a joke… I don’t even care about getting married.”

The SI Swimsuit Issue is on newsstands now.