Olympian and Paralympian track star Oscar Pistorius openly wept in court on Friday as he learned that prosecutors intend to charge him with premeditated murder in the shooting death of model girlfriend Reeva Steenkamp.

The Pretoria Magistrates Court of South Africa has already formally charged the “Blade Runner” with murder, however, according to CBS News, prosecutor Gerrie Nel told the court that it was premeditated, indicating a more serious charge will follow.

Steenkamp, 30, was shot multiple times at Oscar’s upscale suburban home on Valentine’s Day. The model and aspiring reality star had reportedly only been dating the world-famous athlete for a few months. 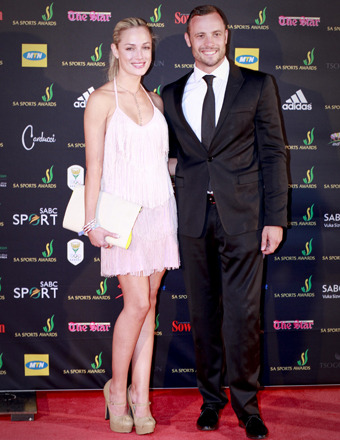 As Pistorius held his head in his hands, his brother, Carl, and father, Henke, comforted him.

Pistorius was the first double amputee to participate in the Olympics and is known as the "Blade Runner" for his use of prosthetic blades. The athlete is a superstar in South Africa and won gold medals in the 4 x 100 meter relay and 400 meter individual events at the 2012 Paralympic Games in London. 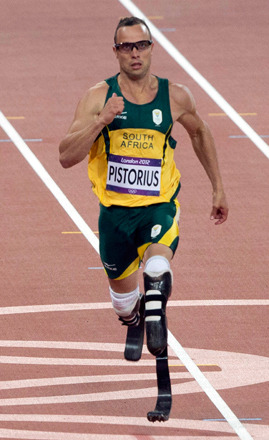 After the court appearance, Oscar’s family and London management company issued a statement, obtained by CBS, disputing the alleged murder in the “strongest terms” and Pistorius offered his “deepest sympathies to the family of Reeva.”

The statement went on, "He would also like to express his thanks through us today for all the messages of support he has received -- but as stated our thoughts and prayers today should be for Reeva and her family -- regardless of the circumstances of this terrible, terrible tragedy.”


“Extra” caught up with Olympic track and field athletes Nick Symmonds, Alysia Montaño, and Jason Richardson as they were getting ready to compete in the “Millrose Games” to get their reactions to the story.

Symmonds told us he would never expect something like this involving Oscar, “He’s a great guy, he’s a friend of mine… I keep telling everyone when you meet Oscar you just come away feeling that he's an inspirational story. One of the nicest people you'll ever meet.”

Richardson commented, “I met Oscar a couple times actually, it is very unfortunate and I wish him the best.”

Montaño said it is not the type of news you want to hear about a fellow track and field athlete, explaining, “I’m absolutely shocked, it is definitely devastating and I hope the best on either side… the truth will come out.”