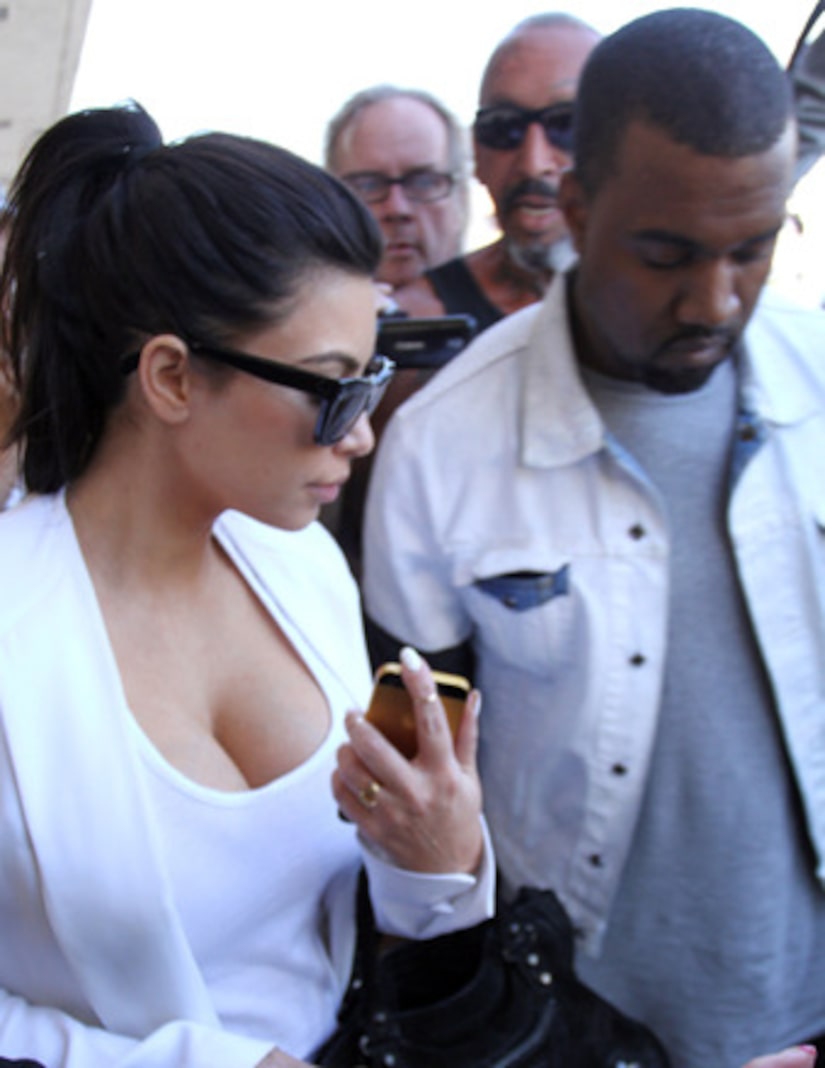 American Airline employees at JFK gave Kim Kardashian and Kanye West the star treatment on Tuesday, but apparently, the VIP perks were against the rules!

Transportation Security Administration spokeswoman Lisa Farbstein told the Associated Press that Kim and Kanye, who are expecting a baby in July, arrived to New York on an international flight from Brazil.

After clearing customs, the couple, who were heading to Los Angeles, was escorted "through a non-public area in order to provide expedited access to their domestic flight."

That's when the trouble started. In the process, they violated air travel rules by bypassing a TSA checkpoint. As a result, the twosome was asked to undergo a private screening.

American Airlines told “Extra” in a statement, “This was a lapse in judgment by one of our employees. We're working closely with the TSA and speaking to the individuals involved to better understand what happened."

The airline rep added, “The flight in question departed JFK an hour late. It was delayed in part because of this issue and in part because a number of connecting bags were late arriving to the aircraft.”