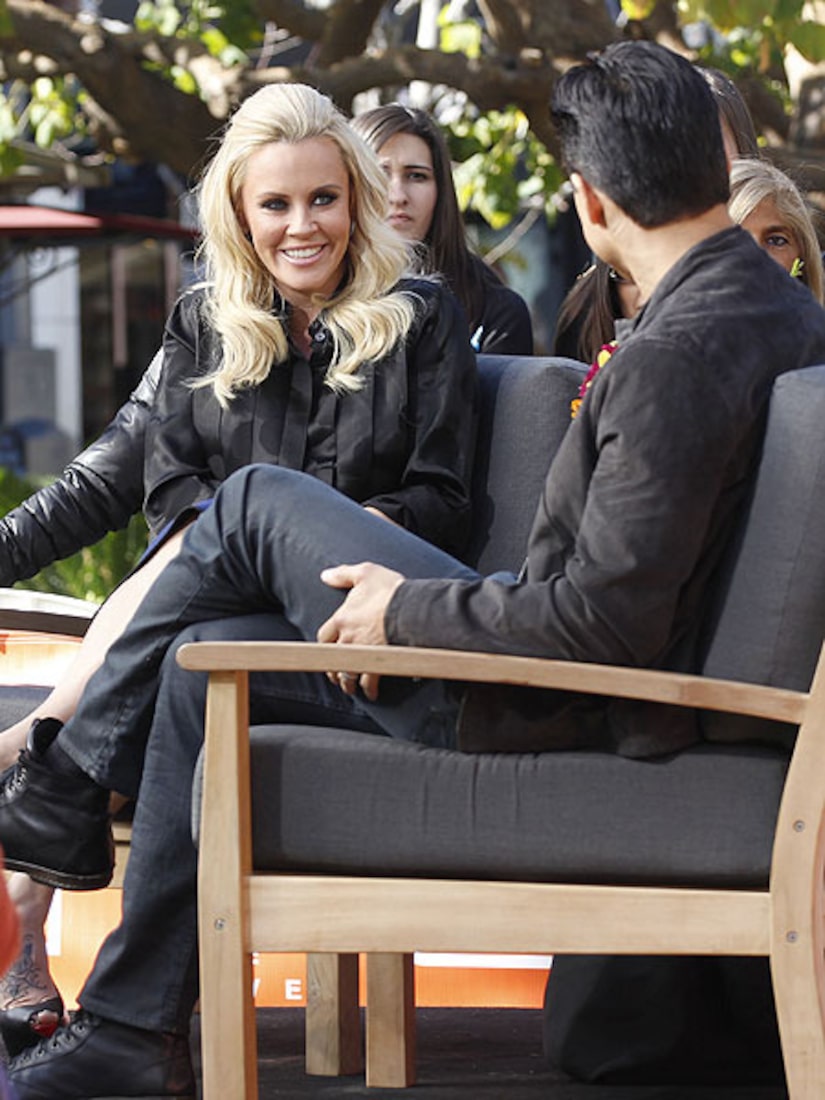 TV personality Jenny McCarthy stopped by The Grove to visit “Extra’s” Mario Lopez, where she chatted about her late-night VH1 talk show and how she prepares for her photo shoots.

The 40-year-old stunner said, “I do something called the Soup Diet. I cook tons of soups and freeze them. Then I eat them literally for breakfast, lunch and dinner.”

As for “The Jenny McCarthy Show,” the host explained, “My template was ‘Playboy After Dark.’ I thought Hef did a really good job having this after-party and interviewing celebrities, but then getting really wasted at the same time!”

Watch more of our interview with McCarthy!