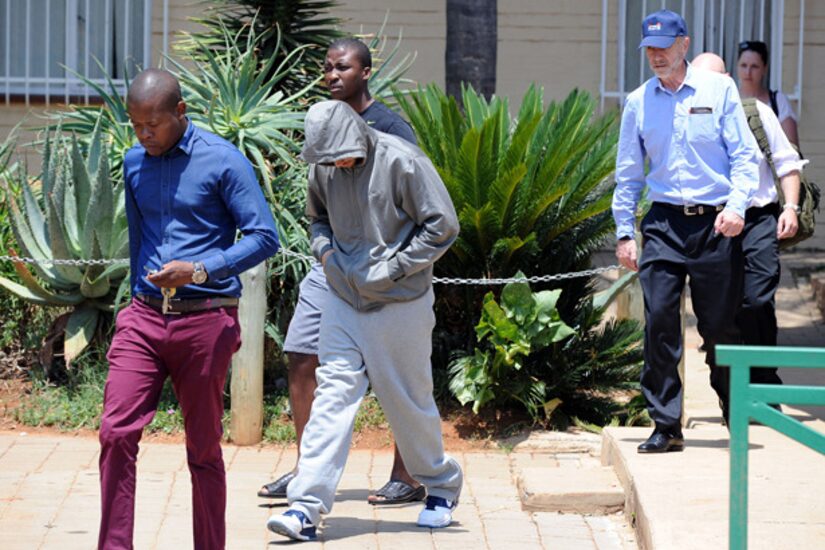 The Olympic and Paralympic track star covered his face with a hoodie this morning as authorities escorted him from the scene of the crime, his home in Pretoria.

UPDATE: A spokesperson for Oscar Pistorius at Fast Track in London told the press, “Oscar is assisting the police with their investigation but there will be no further comment until matters become clearer.”

Who Was Reeva Steenkamp?

Media reports vary on the incident. Johannesburg's Talk Radio 702 claimed Reeva was shot in the head and arm and said he may have mistaken the 29-year-old beauty for an intruder. The New York Daily News said she may have been trying to surprise him for Valentine's Day, police, however, never confirmed the theory. 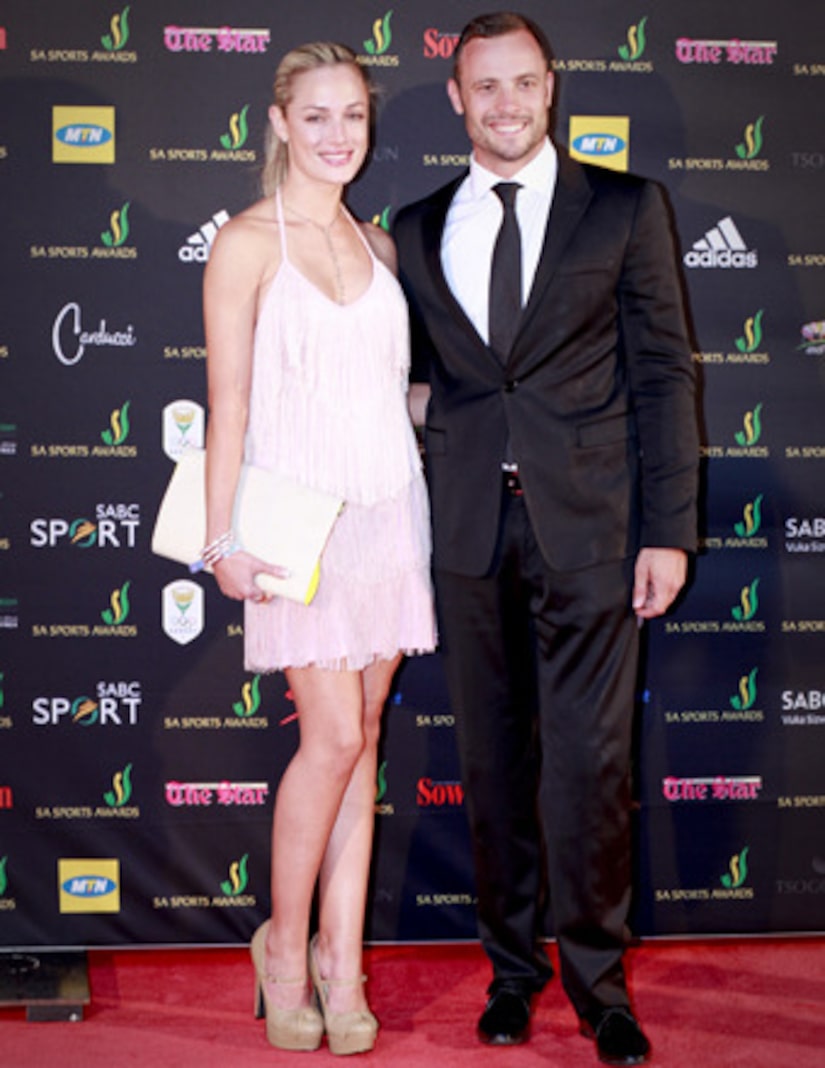 Police spokeswoman Katlego Mogale later told the press that the victim was shot four times and that authorities “found a 9 mm pistol at the scene. A 26-year-old man was taken into custody.”

Pistorius was the first double amputee to participate in the Olympics and is known as the "Blade Runner" for his use of prosthetic blades. The athlete is a superstar in South Africa and won gold medals in the 4 x 100 meter relay and 400 meter individual events at the 2012 Paralympic Games in London. 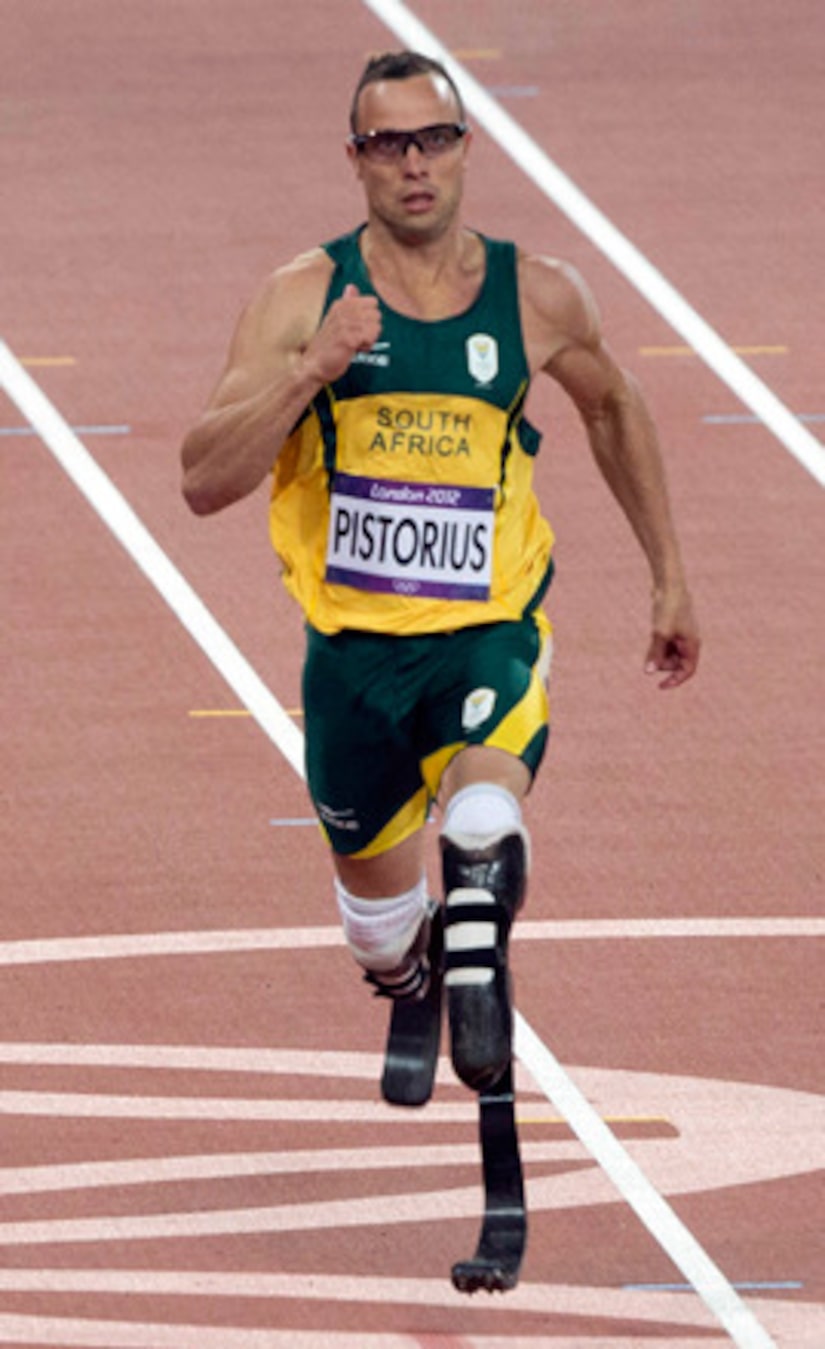 Steenkamp was a rising star after twice landing on FHM magazine's 100 Sexiest Women of the World list. Reeva, who modeled for Avon and others, was to star in the upcoming reality show “Tropika Island of Treasure.”

Her publicist, Sarit Tomlinson, told the Guardian that she was due to give a motivational talk at a school in Johannesburg on Thursday and described her as "the sweetest, kindest, just angelic soul" and "a very inspiring individual, very passionate about speaking about women and empowerment."

Oscar and Reeva had reportedly only been dating for a few months, but Steenkamp seemed to be excited about Valentine's Day. Hours before her death, she tweeted, “What do you have up your sleeve for your love tomorrow???” and “It should be a day of love for everyone :) may it be blessed!”