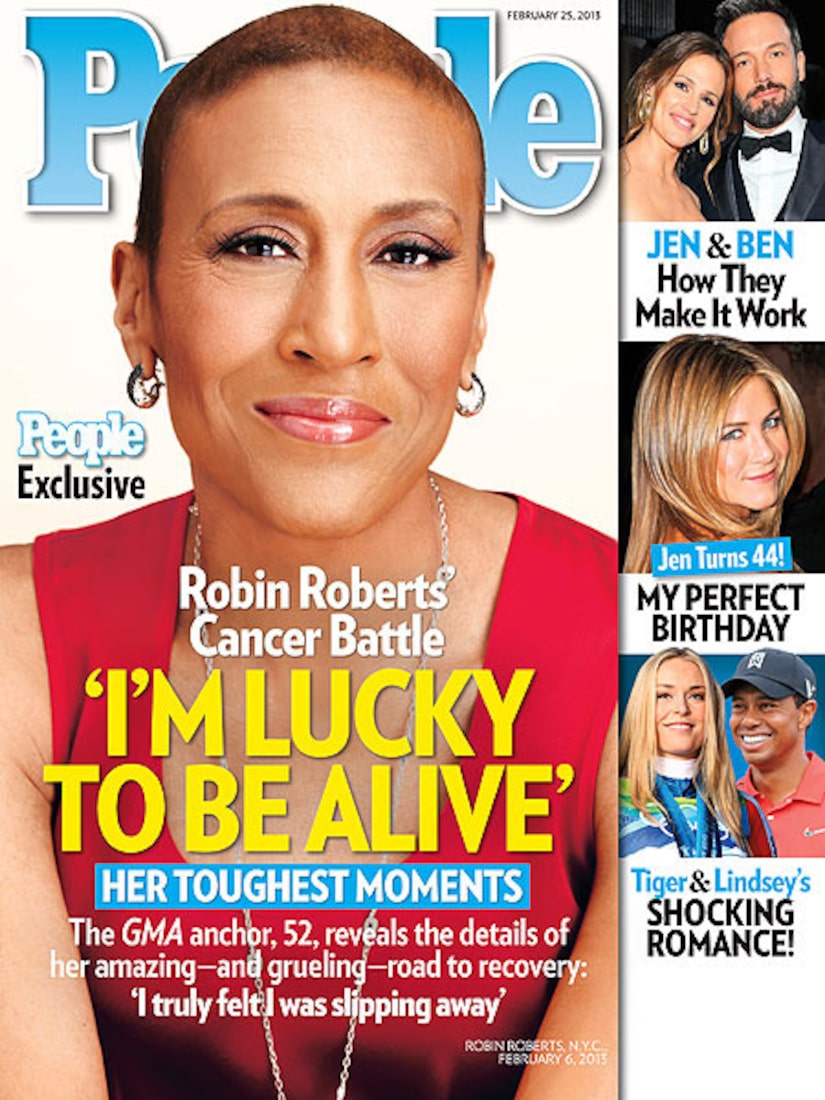 In an exclusive interview with People magazine, Roberts said there was a point after her September bone marrow transplant, "where I felt like I was dying."

Roberts underwent the transplant for a rare blood and bone marrow disorder called myelodysplastic syndrome. "I couldn't eat or drink," she told People. "I couldn't even get out of bed."

In fact, the TV journalist admitted, "I was in a coma-like state. I truly felt I was slipping away… then I kept hearing my name."

For more of the interview with Roberts, pick up this week's issue of People, on newsstands Friday.