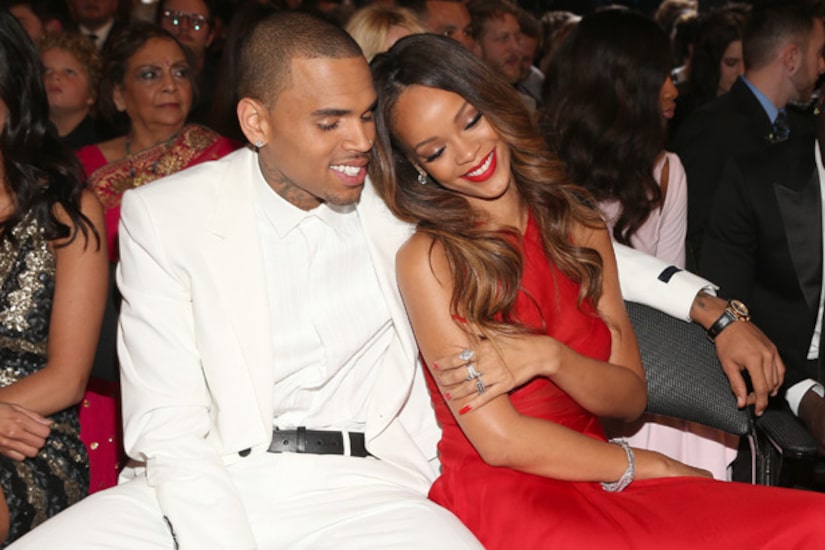 Chris Brown and Rihanna hit the Grammy Awards red carpet separately, but once they took their seats in the audience, the lovebirds were all over each other.

The on-again couple got cozy for cameras just days after RiRi was spotted blowing good luck kisses to him at a probation violation hearing related to the couple's 2009 assault case. The "Diamonds" singer was also there for Chris when he was in a car accident involving paparazzi on Saturday. Hollywoodlife.com says Rihanna blew up his phone as soon as she heard about the crash.

In other Grammy news, the feud between Brown and Frank Ocean isn't over. The two singers, who got into a spat over a parking space a few weeks ago, went head-to-head Sunday night for the Best Urban Contemporary Award.

When Ocean won for “Channel Orange,” the crowd was on its feet… except for Chris. Watch!