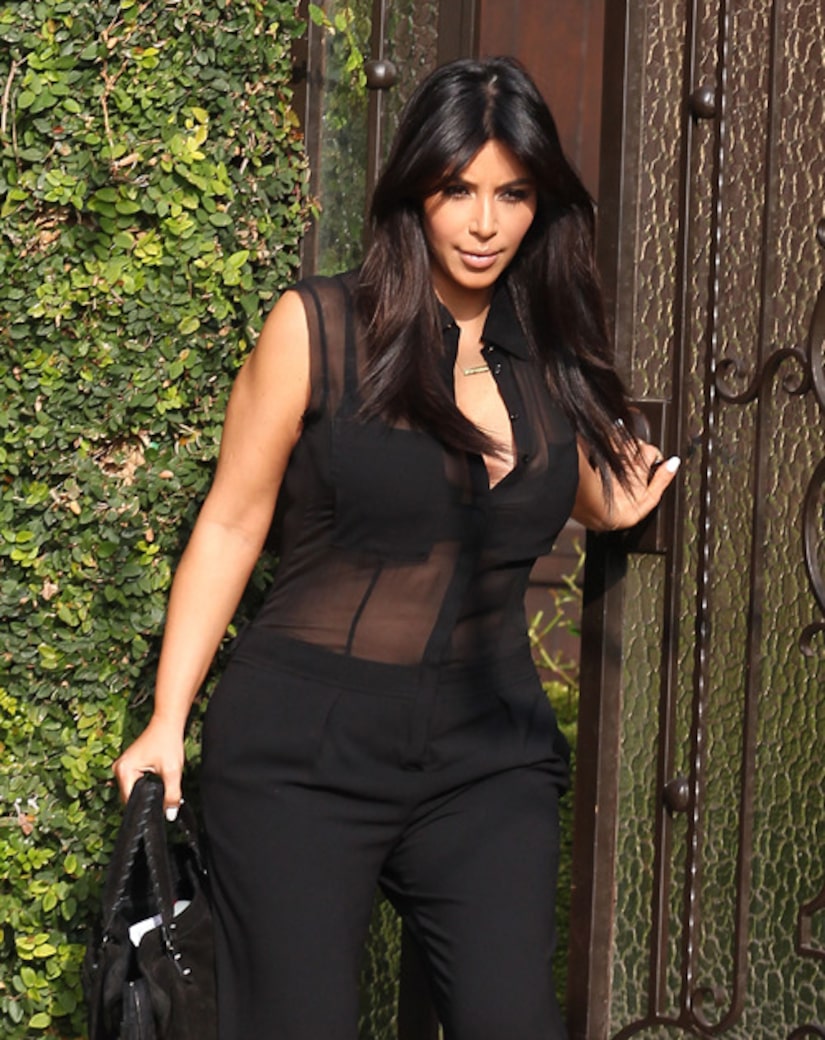 Reality star Kim Kardashian's growing baby bump was on full display Thursday when she stepped out in a sheer black top. Once again, Kim proved she's one hot mama!

The 32-year-old, however, has a lot on her plate right now… including finalizing her divorce with Kris Humphries, hopefully before the arrival of her baby with Kanye West.

Kim and Kris wed in August 2011, but split 72 days later. Kim wants a divorce, while Kris is holding out for an annulment.

In a legal filing obtained by “Extra,” Kardashian told the court, "I do not want to be married to [Humphries] when I have my baby… I am requesting the status of my marriage be determined now for not only my health and welfare but also for the health and well-being of my unborn child."

Meanwhile, sources told People, "Kris only wants an annulment. He never wanted to be married more than once and he feels like she cheated him out of the chance to have a real, loving marriage."

The insider added, "He feels that even if she's pregnant, she still has to deal with the mess she made. He thinks their entire marriage was a fraud, and he's not going to just give up because of the situation."

In court documents, Kim claims there was “no fraud on my part” and wants this “false claim” to be put to rest so she can get on with her life.