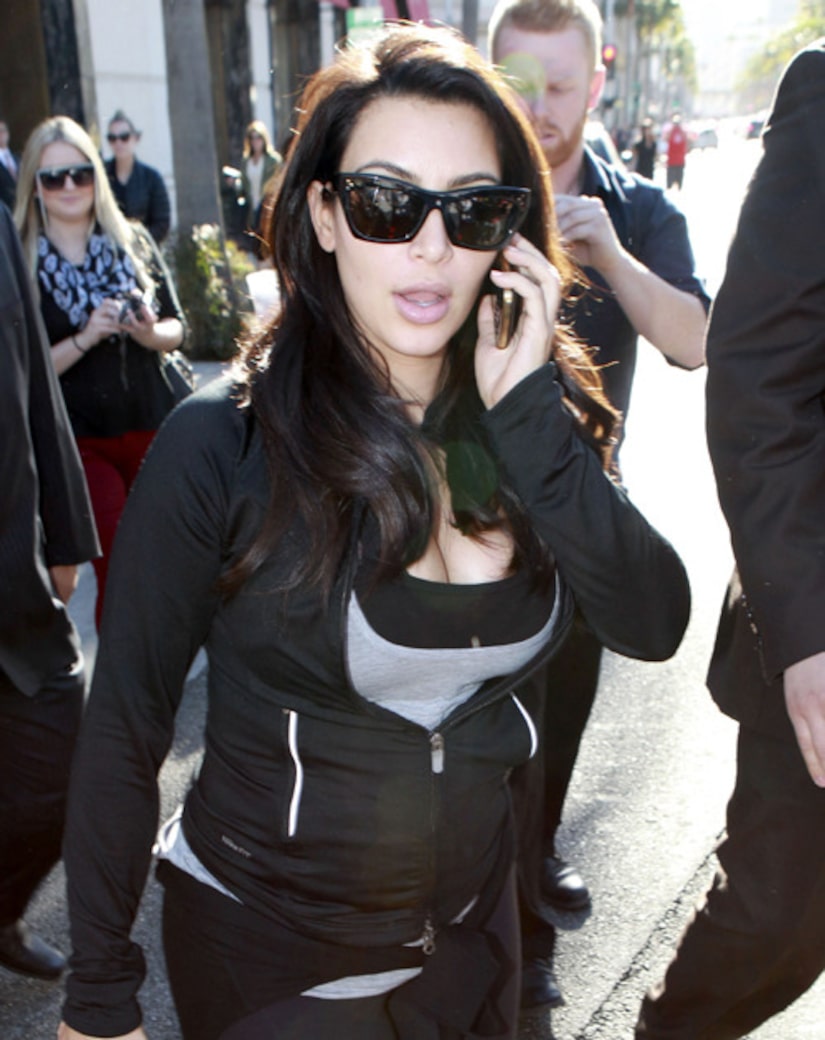 While Kim Kardashian is reportedly trying to speed up divorce proceedings with Kris Humphries, he is apparently putting the brakes on at every turn, and all that drama may not be good for baby Kimye.

On Feb. 5 Humphries' attorney, Marshall Waller, responded to Kim's request for an immediate trial. In court documents obtained by TMZ, he accused Kim of using her baby with Kanye West as an excuse to accelerate the divorce.

"What is really going on here is that an 'urgency' in the form of an apparently unplanned pregnancy, something [Humphries] had nothing to do with, is perceived by [Kim] as an opportunity to gain a litigation advantage by trying to force this court to prematurely set this matter for trial,” he said.

There is also a footnote that reads, "Indeed, why would [Kim] plan to get pregnant in the midst of divorce proceedings?"

According to TMZ, Humphries, who was married to the reality star for 72 days, says he was defrauded and wants an annulment, while Kim denies the accusation and is seeking a divorce. A hearing regarding the trial is set for Feb. 15.

All this stress may not be good for the baby. TMZ says a doctor was recently called to Kardashian's home in the middle of the night to treat her for severe pain. He reportedly suspected stress as the cause.

Kim's mom, Kris Jenner, confirmed to the hosts of “The View,” "Kim has been going through this divorce for months. She has been under a lot of stress because of it and the doctors told her you've had a really tough week and the stress could become a problem if she isn't careful."