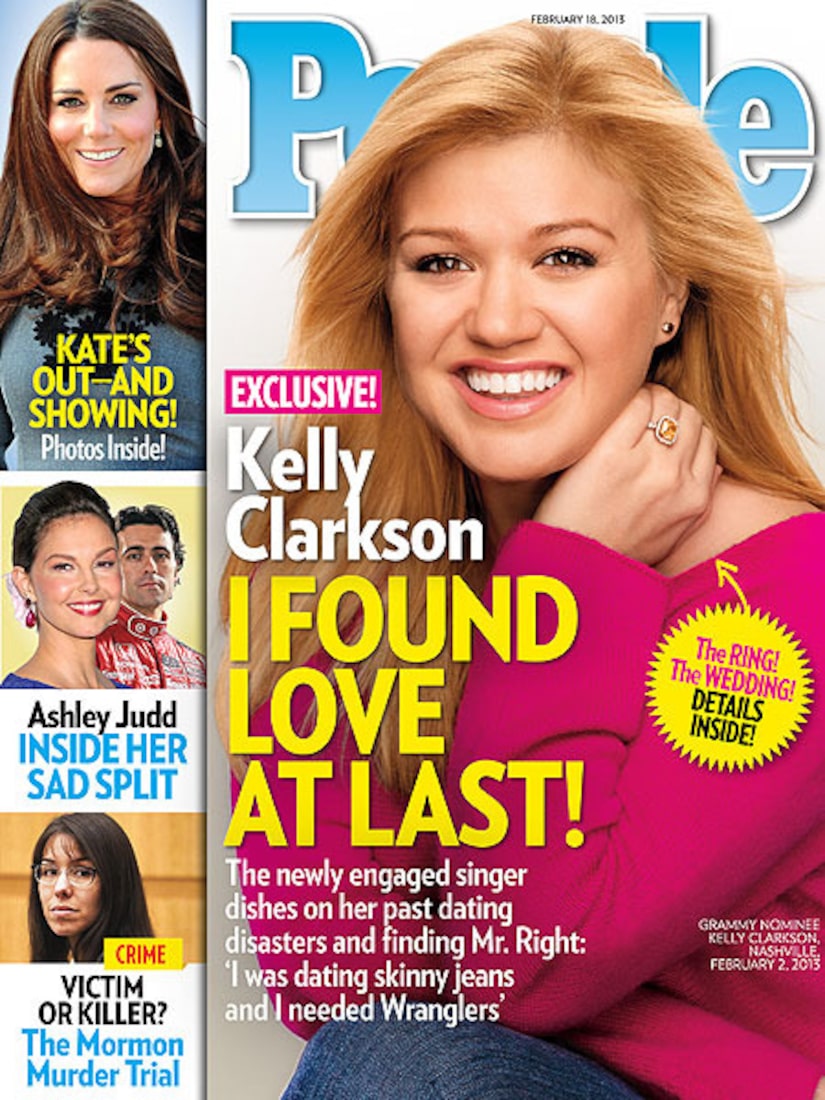 Singer Kelly Clarkson is preparing to walk down the aisle with her adoring fiancé, music manager Brandon Blackstock.

According to People magazine's cover story, the couple is busy planning an "earthy" outdoor fall wedding in Nashville. "I didn't know life could be this happy," she told People.

Clarkson, 30, opened up about finding love for the first time after years of disappointment. "I was dating skinny jeans and I needed Wranglers,” Kelly admitted.

Then she met and fell for Blackstock. She beamed, “Out of nowhere I just said, 'Thanks for being an awesome guy.' I've never been loved properly by a man, and I was just like, 'I thank you so much for that.' "

What she didn't realize was that Blackstock, 36, was about to propose. "Not a damn clue!" she said. "If I did, I would have worn something besides Uggs and a sweatshirt with no bra."

Along with planning the wedding, Clarkson is working on two new albums and her Grammy performance on February 10.