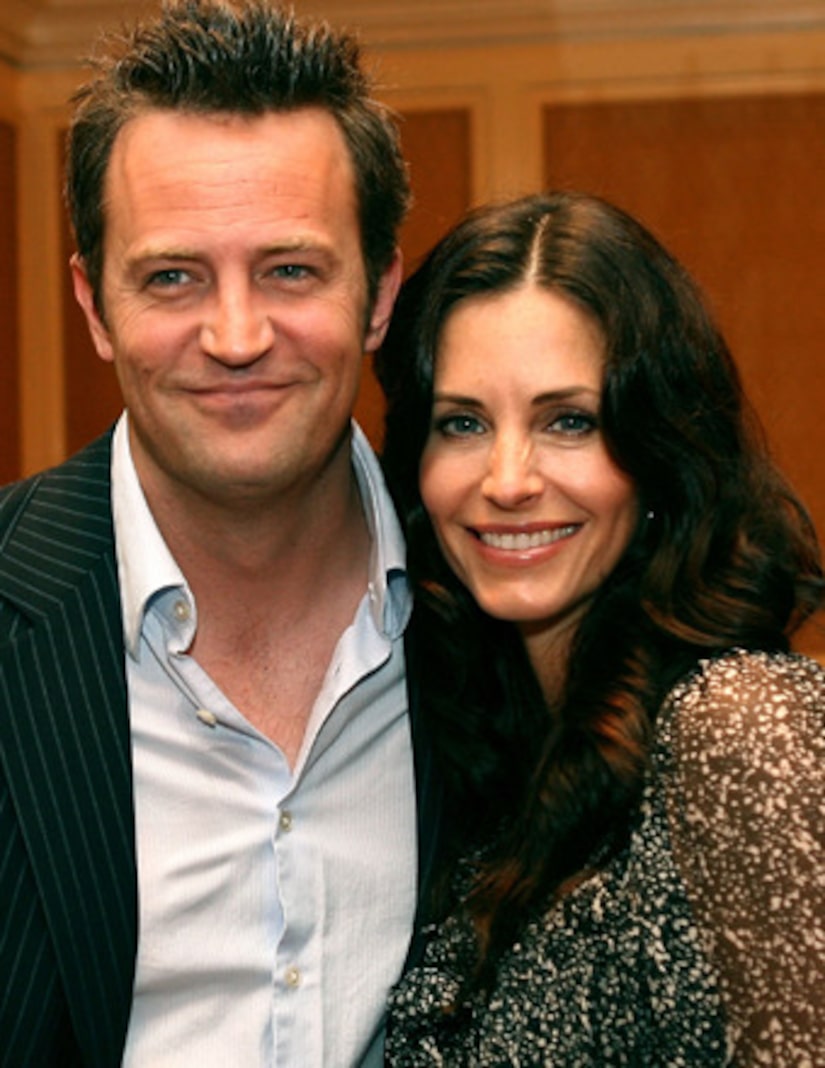 Courteney Cox's upcoming guest-starring role on Matthew Perry's “Go On” isn't quite the “Friends” reunion fans have been waiting for, but it's close.

After nearly 10 years, onscreen married couple Monica and Chandler Bing will be getting back together… kind of.

Perry's NBC dramedy is about a sports talk radio host named Ryan King, who is trying to move on after the death of his wife. According to the Hollywood Reporter, Anne (Julie White) tries to set up Cox's character with Ryan (Perry).

Tune in to “Go On” Tuesdays at 9 PM on NBC. Look for Cox's episode in April.