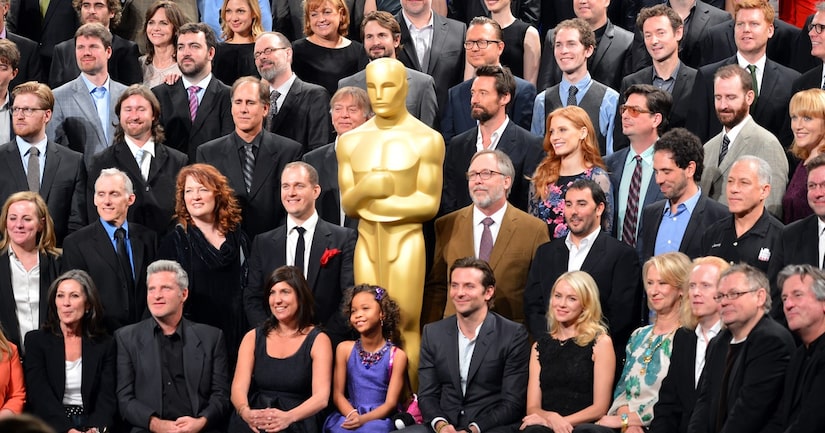 “Extra’s” Renee Bargh caught up with some of the 2013 Academy Award nominees who gathered on Monday for the annual luncheon in their honor.

Best Actor nominee Hugh Jackman joked he’s betting on Daniel Day-Lewis to take home the Oscar. “I've got a lot of money on Daniel, so... he better win because seriously for my kids' college, it's important.”

Bradley Cooper, nominated for Best Actor for his turn in “Silver Linings Playbook,” reminisced with Bargh on his days before becoming a movie star. “It's crazy! I mean I took Leonardo DiCaprio up to his hotel room when I was a doorman at the Morgan Hotel. I have so many memories of things like that,” said Cooper. “I remember the first job I ever did was ‘Changing Lanes’ with Ben Affleck, and I was cut out of the movie, but I still remember him and how friendly he was. You know, my life has been pretty crazy in terms of those things and getting to know those people.”

Cooper’s “Playbook” co-star Jennifer Lawrence, nominated for Best Actress, said she’s happy to be single right now. “I prefer to not be approached and that's probably why I am single. I’m just in that phase.”