As Beyonce prepares to take the stage for the 2013 Super Bowl halftime show, "Extra" takes a look back at Madonna's 2012 performance. She rocked it, playing a combination of some oldies-but-goodies such as "Vogue," and also her latest single "Give Me All Your Luvin'," featuring LFMAO, Nicki Minaj, Cee Lo Green and M.I.A.

After the show last year, some celebrities weighed in via Twitter on the performance:

"30 Rock" star Alec Baldwin heaped on the praise, writing, "Two quarters of SuperBowl and the strongest performer is Madonna...You gotta hand it to Madonna. No apologies."

Actress Eva Longoria wrote, "Madonna is amazing!!! Love her always! What a performer! All my fav songs!" 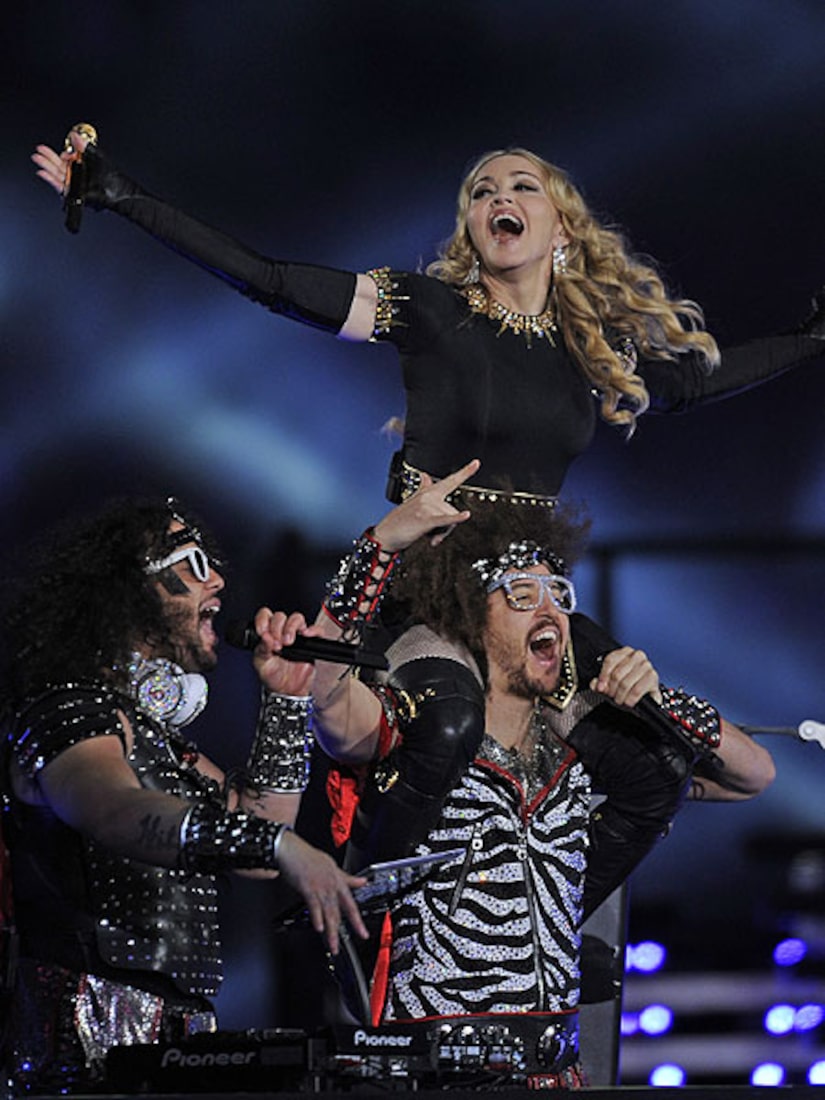 Seth MacFarlane commented on LMFAO's contribution to the performance, writing, "The way they rhymed "Madonna" with "you wanna" was terrific. Just tremendous. And a bunch of times! Which was also great. Music is great."

The halftime show did have one moment of controversy. NBC apologized for not catching M.I.A. when she gave the middle finger during her performance. "We apologize for the inappropriate gesture that aired during halftime," NBC spokesman Christopher McCloskey said. "It was a spontaneous gesture that our delay system caught late."