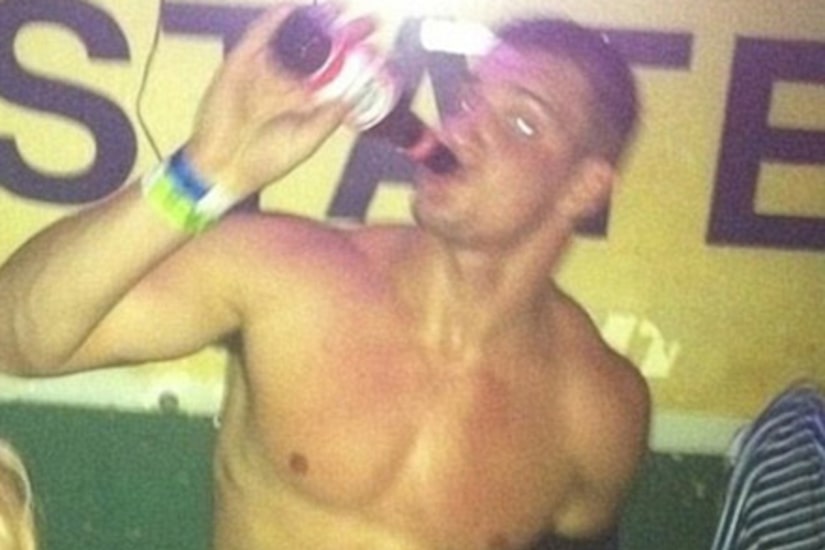 The shirtless photo of “The Gronk” drinking a tasty beverage showed up on Instagram with the caption, “Rob Gronkowski is a party animal!” The pic was snapped at Bogie's bar, according to the Huffington Post.

Earlier in the day, radio host Dan Patrick had asked the football player, “If we went out, no cameras, we're just having fun, so what would we, what would me and the Gronkowski brothers do?”

The NFL star with a reputation for fun replied slyly, “We'll take funnels of water… that's what we drink when we're out ... I don't drink beer. I only drink water.”