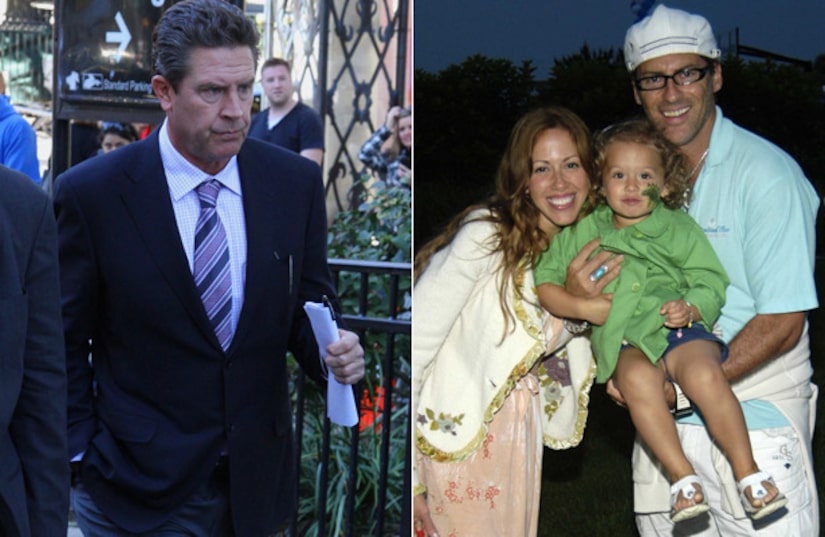 The New York Post is back with explosive new allegations today, claiming Dan Marino kept his love child a secret for seven years, from his bosses at CBS Sports and his longtime agent, but did tell his wife.

A source said that the all-American NFL star revealed the secret to his wife, Claire, about his affair with co-worker Donna Savattere and baby Chloe, back in 2005.

According to the Post, Marino told his CBS bosses at “The NFL Today” on Wednesday, when he learned the paper was about to blow the lid off the story.

The former Miami Dolphins quarterback allegedly used other attorneys -- not his longtime lawyer/agent -- to broker a hush money deal with Donna worth millions.

Dan and Donna reportedly met at CBS in New York, where he was a pre-game analyst and she was a production assistant. Sources told the Post that Savattere, then 35, gave birth to Chloe, in 2005.

So far, no word on exactly how much he paid to keep the affair a secret. Donna supposedly agreed to move to Texas with the baby, but later resurfaced in New York, where she is married and has a second child with her current husband.

The explosive headlines could make for an awkward Super Bowl Sunday for Marino, who is scheduled to work for CBS leading up to the Baltimore Ravens vs. San Francisco 49ers game.