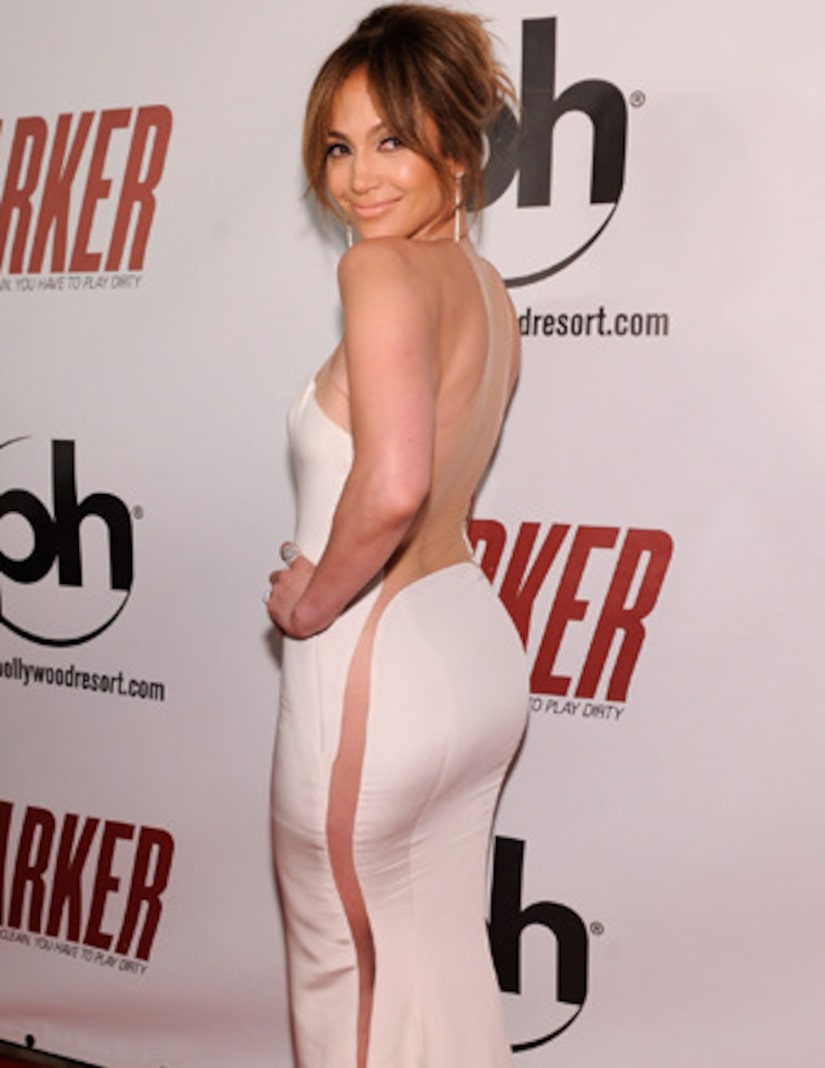 Only “Extra’s” Mario Lopez got to spend time with Jennifer Lopez in Las Vegas for an exclusive interview, where the star opened up about life and love. J.Lo revealed that playing her character in “Parker,” a woman struggling through a painful divorce, hit close to home and felt a bit like therapy.

“The timing was crazy, because when they offered me the role, it hadn't happened,” she explained. “So I was just thinking about the character and that she was at the worst time in her life. But, when we actually started shooting the film, I was in the worst time of my life… going through my own divorce.”

Jennifer continued, “When you have kids and you go through something like that, you can't show them what you're going through, you know? So you have to be so strong all day… when you're working you have to be professional all day… but in front of the camera, I got to act like how I felt, so it was like therapy for me.”

As for boyfriend Casper Smart, she said she met him at a time when she was ready to “relax and have a little fun.”

“It had been months where [it was] hard to get out of bed every day cause we separated in June, announced it in July,” the 40-year-old said. “So by the end of the year, I was like, ‘it's time to go out and have a little bit of fun’… You know what I mean? It's time to start picking up the pieces and living your life, which is hard after something like that.”

J.Lo added that she doesn’t necessarily think she needs to get married again to be happy. “Oh God, you know it's kind of like the fairy tale romance getting married and having that, of course! The most important thing… is that you realize you can be just as happy on your own and you have to actually be that before you can be in a great relationship.”

Discussing her exes, she explained, “The truth is those people that have been in my life are people that I cared about and cared about me… sometimes things don't work out. It's a sad thing, but you know what? You keep going and life is to be lived.”