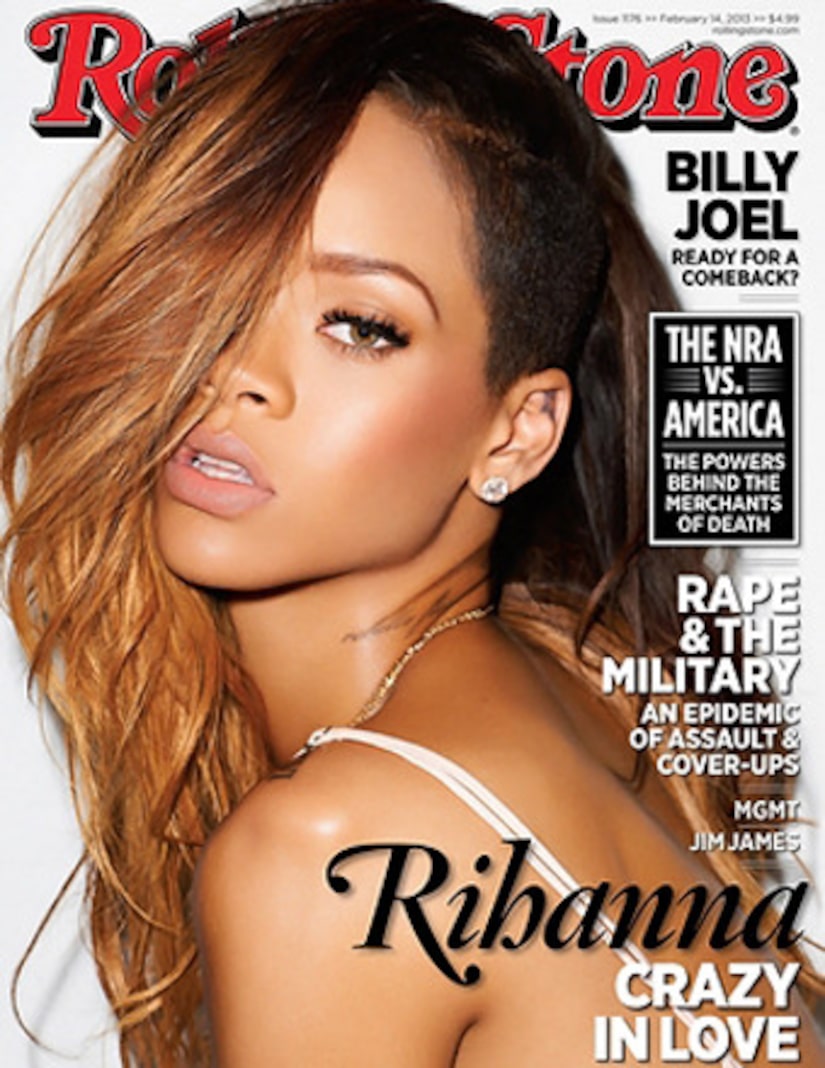 “Diamonds” singer Rihanna is back with Chris Brown and she doesn't care what anybody thinks. In a revealing Rolling Stone cover story, the 24-year-old explained, “Even if it's a mistake, it's my mistake.”

Now the songstress is ready to "live her truth." "I decided it was more important for me to be happy. I wasn't going to let anybody's opinion get in the way of that… After being tormented for so many years, being angry and dark, I'd rather just live my truth and take the backlash. I can handle it."

So much has changed since Brown beat her and plead guilty to assault four years ago, Rihanna said.

“You see us walking somewhere, driving somewhere, in the studio, in the club, and you think you know,” she said. “But it's different now. We don't have those types of arguments anymore. We talk about s**t. We value each other. We know exactly what we have now, and we don't want to lose that."

The singer, real name Robin Fenty, added that she will walk if he every lays a finger on her. "He doesn't have the luxury of fucking up again," she warned. "That's just not an option. I can't say that nothing else will ever go wrong, but I'm pretty solid in the knowing that he's disgusted by that. And I wouldn't have gone this far if I ever thought that was a possibility."

Her mission now is to be supportive. From her point of view, "He made a mistake, and he's paid his dues. He's paid so much. And I know that's not a place he would ever want to go back to. And sometimes people need support and encouragement, instead of ridicule and criticism and bashing."